"Our roles are reversed. Now I'm taking care of you." 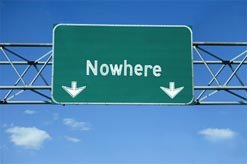 San Diego — I have been living with my 30-year-old son for three days now. He invited me here while I transfer from one living situation to another. As yet I don't know what that will be. For the past year I have been living alone, and neither was it good for me nor could I afford it. I mean that in more ways than one. While I prefer solitude, it does not prefer me. Geoffrey, my son, is doing very well and would not be distinguished from others of his age. He maintains his own apartment and does it well. He has friends who visit him every day. The apartment is small and appears very crowded if three or more of us are here. He grows impatient with me: I am not one of his video-game buds, and he remembers the worst of my influence from his childhood. He does readily admit, however, that he enjoyed a good one. His mother and I did everything possible to assure that.

What I mean by the worst of my influence is not abuse...at least I don't believe it can be construed in any way as abuse. Mostly what he means is my insistence, as he says, "drilled into my head for as long as I can remember, that people are stupid."

It has been my life-long experience that this is true, and I have attempted to instill in him a sense -- not of contempt, but of tolerance for such stupidity. Myself, I am not a tolerant man. My son is very different: a gentle soul, raised in California, while I was raised in Chicago until 16, moved to New York for 10 years until my then wife could no longer stand it and refused to raise a child there. I can't say I blame her. We were living in Brooklyn at the time; and though that suited me to the pavement, my wife was a gentler soul. Ergo, Geoff's temperament. He is also similar to my own father, though that man would exhibit not violence but anger to the point of impotent rage at my mother.

Where Geoff and I are is in the middle of what I call nowhere. A walk in any direction will lead only to more rocky crags, dust, and hardscrabble shale. No 7 Elevens in sight. There is a cricket in his apartment, and it freaks me in the middle of the night.

Geoffrey has lectured me on my negative attitude. Yesterday, a woman was using all of the washers and dryers, moved my clothes, and confessed ignorance. According to Geoff, I began to "go off on her." Now, it was hardly what I would call "going off," but to my son it was uncalled for. "This is not North Park, Dad!" That's where we lived together two years ago.

Geoffrey considers himself, with both pride and a kind of mild revenge, a father to the man. "Our roles are reversed. Now I'm taking care of you." He says this matter-of-factly and considers it a license to monitor almost every aspect of my behavior.

I am allowed to stay for three more days. The low-income complex we reside in has many rules. Among them, no visitors past one week. There are more and progressively more ridiculous rules, in my opinion, as if this were the Salvation Army -- or the Army itself. The place has an almost religious tinge to it. Palpable. Nearly pious. I am not comfortable here (with the exception of the presence of my son, albeit with our minor horn-locking). But I fear homelessness far more. And that is not a theoretical or vague prospect. It is very real, and possibly within the week.

And so I am grateful. And though it is not possible to be grateful in a grudging way, I am somehow managing to do this. At the same time, I am desperately trying to banish this conflicting thing. It is rife with self-pity, and I cannot afford that either.

My son lives on a minuscule income and is reluctant to ask his parents for help. At the moment, I am in no condition to help; but by Monday or Tuesday.... I do have a job, though when I am asked what I do for a living, and I answer, the response is, "No, but I mean, really. A job job, you know what I mean. What do you do ?" I have done this job since 1980 and have contributed, such as it is, to my son's financial welfare for 30 years. I am hardly bragging. You are supposed to do that for your children, and I need no accolades. I suppose I am saying this as an apologia that I have not been able to do more.