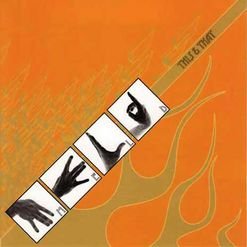 Meld's motto is "Prepare to have your ass blown out!" While they fall a little short of delivery on the promise, I love the sentiment. And the band isn't bad. They're not setting the music world on fire; they're a beach jam band. Which means they're a collection of guys who aren't masters at arrangement or lyrics, but they've played music since before they could drive, and they list Hendrix instead of the Shadows of Knight as influences.

The music follows a beach-rhythm template. If you've ever been to Dream Street, Winstons, or any live-music bar around Hornblend and Garnet, then you'll recognize the songs. They essentially play the same beach-jam-band song as every other beach-jam band, except they let the bass do much more of the heavy lifting than the lead guitar.

Not that I'm panning them. There are bars along the coast that need live acts to complement the pitchers of cold beer. Meld falls into the niche naturally. If you were a fan of the Wise Monkey Orchestra, Dang, D*Frost, or Psydecar, then you'll probably enjoy a mug of Natty Light and a session from Meld.