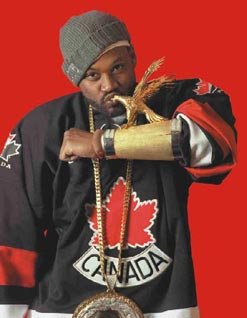 A month of moved or canceled shows at 4th&B (among them Big Head Todd and the Monsters, the Black Crowes, the Tragically Hip, Ghostface Killah, and Rakim) has culminated in some type of resolution.

Insiders say Live Nation/House of Blues has decided to stop booking at the downtown club. Live Nation will allegedly allow the 1200-capacity venue to revert back to the leaseholder, Ali Nilforshan.

Insiders say the shows were canceled by the SDPD vice department when it was discovered Live Nation had not renewed its entertainment permit.

Attempts to reach Nilforshan and Live Nation spokesman Greg Terlizzi were not successful. Lt. Kevin Ammon of the SDPD would not address the entertainment-license issue.

House of Blues took over 4th&B from Nilforshan in February 2006, ending 11 years of the club's operation as an independent concert venue.

"Only the dimmest of light bulbs could not have known that arrangement wouldn't work out," says a source close to the situation. "Everyone knew that House of Blues would put its best acts in its own club that it owns just a block away."

Insiders say Nilforshan is scrambling to assemble a crew to run 4th&B.

"I think he's going to have a hard time attracting the people he needs to pull this off," says the insider. "Why would somebody leave the good jobs they have at Live Nation or the Belly Up or wherever to go work for him?"