A Life of Vaginal Heroics 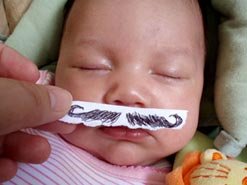 At church, my dad -- he's a pastor, have I mentioned that? -- sometimes invites the congregation over to the house for pizza and Scrabble. In a few months, it will have been a year since I last talked to my sister.

Post Title: If I Lj-Cut, then the Terrorists Will Truly Have Won

I have, for the whole of my life, been sheltered and protected from life's horrors by two unintelligible immigrant parents who managed to raise their child without making her stupid, fearful, or a tuba prodigy. I was encouraged -- through school and college, voting Democrat, jobs, ruptured relationships -- and loved no matter how many AZNsex websites my picture ended up on.

I think every day that I miss my sister, or that I should, and my heart feels that missingness, the love-arrhythmia of a bereft older sibling. Here's the thing: I can't remember her face anymore unless I try very hard to. Here's another: I know that I might stubbornly go the rest of my life without another significant word between us. I speak around her, like a piece of furniture. I never can just shut up about this. My reasons are small and prideful, abounding, just as I imagine her reasons to be, but it's a long way up the high forgiveness road -- though probably not as hard as I'll admit. Or harder, since my back is now crippled, twisted by poor posture and stupidity, which makes hiking difficult. I must walk daintily, fearful of sudden movements, and it's a precarious existence.

I found that my dad, along with horoscopes and forensic anthropology, also doesn't believe in dinosaurs. I look at him sometimes and wonder if he is just as bewildered by me, with my approval of the homogays and the Geneva Convention.

Post Title: I'm Going to Defenestrate You Up Right, Jezebel

Mom's had her surgery, and while I was told that it was minor -- a little thing -- my mom is my mom, and vagina surgery is vagina surgery. They wheeled her out, and her hair was crazy. Her eyes were closed, and her head lolled (LOLed!) while we gathered around, chattering. "What's it like not having a uterus anymore? Is it true your other senses are heightened?"

"That was a funny joke, Mom. Are you drunk?"

We find: the minus one in my mother's abdogroin, the phantom reproductive organs -- those contain a woman's sense of humor, her body temperature regulation, her sobriety. She had her tubes tied in 1986 after my sister was born, saying my dad had his chance to give up a Y chromosome, and it wasn't her fault if they now had two daughters, one of whom was supposed to be named "Steven." If someone digs her up in the future, they won't know what the shit happened. So I wrote a haiku to explain. I'm going to have it tattooed on her when she's senile.

Uterus left, drunk So the tubes strangled
themselves
Because they were cold

On Monday, I spent lunch hour attending my 21-year-old sister's shotgun courthouse wedding. Premaritally pregnant, incubating who knows what, she was oddly insistent on my attendance despite my own bubbling enthusiasm. The room was beige and the ceremony romantic, intimate, like being molested at the DMV. Her boyfriend-now-husband is a nice enough guy from what I've seen, and he loves her. I have my own issues with their marriage -- pinned largely on their lack of education, their youth and insolvency. Not that it matters now, or ever, anyway. They'll be living in the guest room of his mother's house, which I'm sure she is preparing currently with new linens and bowls of potpourri, maybe some framed panda bear photos. In a handful of months, I'll have to witness the introduction of a hideous, prunish newborn and pretend its shriveled appearance doesn't disturb me. I know my own family is rooting for this to be the rope that leads us back to each other. I know that they are sorely underestimating my apathy toward children.

My sister -- now what, four, five months into her pregnancy? -- and her husband have found that the poltergeist fetus in her previously unoccupied womb is tentatively of the vaginal persuasion. Her text message later that day read, "It's a girl." I didn't have her cell number, didn't know she had mine, so the declaration was nonsensical to me. Whatevz. I, too, am a girl. I have yet to receive a text message regarding this.

My new niece is very tough and macho. Born grasping, indignant, she is in large part ignorant of current events and global environmental concerns. Front-row seats to the birthing process and the hoot-beep-clicking of hospital haute technologie makes the business of Life sound like a video game, where waiting makes it feel like a prenatal DMV. Giving birth isn't that difficult, you know. I sat next to someone who gave birth to my niece recently, and it's all chocolate chip cookies and cable television. I had a great time. I suspect this is something akin to con artistry, though, what she's done here. Essentially a mongoloid at this point in her life, a raving toothless derelict, a wailing enchilada of poop, and still -- cooing. Wonder. She can be so ill tempered, and she farts a lot. I'm reading Robert Browning to her, and essays by Emerson, in the hopes that she'll one day be able to explain them to me.