Ginger in Nigeria: Why I Can't Fly! 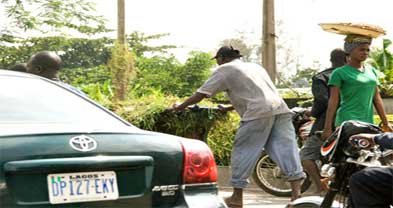 Flying in airplanes used to be one of my greatest delights. Taking off and landing were my favorite parts (only later did I learn they were the most critical parts of the flight). I would sit in my favorite spot, a window seat, from where I could observe the plane taxiing to the runway, slowly taking gentle bends, and when it got to the runway, turning to align itself with the white markings on the runway. Then the best part, when the pilot says, "Cabin crew, take your seat!"

I can feel the burst of power from the engines as the flying beast begins to surge forward. My adrenaline pumps with excitement. The plane is accelerating, accelerating, accelerating -- vrooooommmmm -- everything is flying past (although, I must admit, I sometimes get the impression the plane is not moving fast enough to enable it to get airborne!), and then the nose gently tilts up and all becomes weightless. We are airborne -- sweet!

But that wasn't all. I also enjoyed the landing part. "Cabin crew, prepare for landing" the captain's voice would announce as we glimpsed the grasslands around the airport, a bit of approaching runway, and then the thud of the landing gear on the tarmac -- gboom! Gbrooom -- taxiing faasssttt...taxiing...breaking...and then normal speed, slowing, slowing, slowing... We have landed!

Flying used to be my one chance to be a child again each time I traveled, but not anymore. Now, I hate flying, and nothing can put me on a plane if I can help it. The last time I went from Africa to Europe, I had to be pumped full of medicines by my doctor in order to dare it. Even then, the medicines did not work. Not only was I fully awake, the chemicals gave me a bad stomach, making the flight a double nightmare.

My entire year in Europe was occupied with thoughts of flying back. That was how I began to search for the "best" airline company, even going through the trouble of getting a transit visa in order to take a longer but "safer" route.

Again, on that occasion, doctors did their best with tranquilizers, but it did not work. My ideal situation would have been to sleep the entire flight away, aware of nothing until the air hostess woke me to disembark.

Unfortunately, I was fully awake, and so when the plane landed in Lagos, I told myself, Well, that's it, no more!

It began with a local flight from Abuja to Lagos in 2005. I had a terrible experience. As we settled into our seats, the air hostess announced to the passengers that our pilot/captain was Otumba XYZ. Otumba is a Yoruba traditional title here in Nigeria, meaning a local chief. I remember thinking that any airline pilot who was so conscious of being addressed by his traditional title was probably suffering from some form of inferiority complex. My confidence in our captain was shaken from the start.

When the air hostess manually shut the door of the plane, I had the sensation of being locked up. Relax, man! And then we took off okay.

Halfway between Abuja and Lagos, the plane began to dance in the air. It was not plunging head down, but it was falling down! It would fall fast for several seconds and then stop. It would weave to one side or the other, start falling again... My God! Everybody in the plane began to pray aloud. I could distinctly hear one woman shouting to the plane, "Be still, in Jesus' name! Be still, in Jesus' name!" This lasted for a long time. Someone else would probably say it lasted just a minute, and I'd disagree.

So this is what it means to die? I knew I was going to die. Believe me, the sensation is not funny at all. So this is how I will die , I remember thinking. I remember saying out loud, "Jesus, Jesus, Jesus..." and gripping my armrest and my neighbor on the left (who, by the way, was as calm as ice). My right-hand neighbor, a Muslim, was fiddling with his prayer beads and muttering his supplications.

It might just have been turbulence (a serious one, though), but for me, the stupidest and most annoying part was that there was not a single word of communication from the Otumba pilot to the passengers. Not a word. Not before, during, or after. I was incensed. You see , I thought, he's so busy being an Otumba that he forgot how to be a good captain .