My blog helped me get fired. 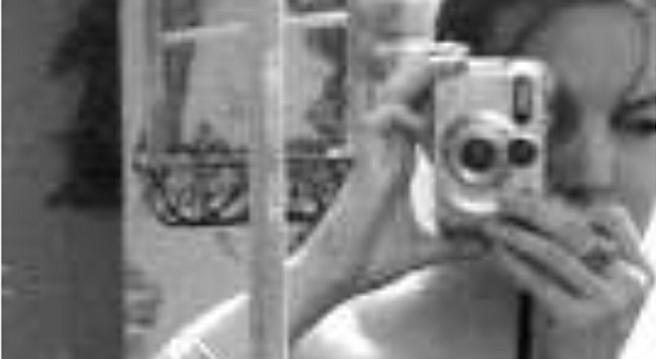 This article comes to you sponsored by plain M&M's, several 20 ounce Cokes, and a large bag of Cheddar Cheese Pretzel Combos. How do you introduce yourself to the Internet? With a blog, you take it slow, revealing facts and quirks as you go, a very prolonged, wordy strip tease. You hestitate to post a picture, fearing that your high school best friend with recognize you and your deplorable liberal mindset. You drop the phrase "drive through, get a Coke," and another Waiting for Guffman fan recognizes it, sending you an e-mail or comment, and the connection is made. Being anonymous is the way many people go, but for those of us with rather big mouths, it's terribly difficult. I go by my real name, Samantha, and I live in a college town in Mississippi. I'm from a small town, but I grew up on Army bases in the South and in Germany. I have a very patient and loving Fiancé, which is what I call him here -- The Fiancé.

We have a furry black dog, named Velcro, an expert escape artist and barking specialist. We are very involved in a loving, funny Methodist congregation. Of course, living in the Bible Belt, we're far from an anomaly, but I find that I'm a bit of odd-woman-out in the blogosphere. Most Christian apologetic blogs leave me bored, so I don't frequent them. Maybe I just haven't found the right ones, but I'd rather read uplifting stories from real life people of all faiths than arguments or prove how well I know the Scriptures. (Quick, who was the fourth person in the fire with Shadrach, Meshach, and Abendago?) I've got a real-life, longtime best friend with her own blog. I graduated from college three years ago, with a degree in vocal performance, a minor in religion. I read incessantly, and have defined luxury as being able to buy as many books as I could want in a single trip to the bookstore. I haven't achieved that level of luxury yet. I watch too much TV, adore Tori Amos and Joni Mitchell, harbor dreams of being a stay-at-home mom and writer, of going back to school for my master's, and of one day finally doing all of my laundry.

Beginning a blog is like falling in love. I woke up early to write, became obsessed with securing a digital camera, and talked about other bloggers like friends. I collected funny stories and kept a notebook in my car to write down any ideas that came to me as I sat at red lights. A few real-life friends knew about it, and I took great pleasure by introducing them to interesting, funny writers on the Web. My pastor even read it. I've never been interested in political blogs, but I watched with great satisfaction the impact they had during the election. I found sympathetic political ears through blogs, since most of my real-life friends are of a different political persuasion than I. I even traded a few e-mails with one of my personal saints, Anne Lamott, when I handwrote some pro-Kerry letters to women in the big electoral states. Now that I've had some communication with her AND the amazing Madeleine L'Engle, I can die reasonably happy.

Like other unfortunate souls, my blog helped me get fired. In October 2004, I woke up one morning to find an angry comment/e-mail from a coworker, accusing me of being an alcoholic. She'd brought some of our personal office difficulties and the deterioration of our friendship and balled it up into a passive-aggressive rant. It was devastating to have someone come to a place I felt was sacred and smash their dirty china in my parlor. I was dismayed to have nothing to stand upon, since that coworker was the daughter of my boss. The following Monday I was unceremoniously fired, with no explanations, with many words unsaid. After that, I dismantled littlesambook, which made me feel like my heart was being torn apart. I felt like I was ripping up something so precious yet so irretrievably damaged. I began again, otherwise they would have had one more victory notch on their belts. I refused to give up something that gave me so much life, my sidewalk back to creativity. I've dealt with paranoia and extreme fear, but I find it's very hard to hide on the Internet. I've decided to treat it as a life lesson and have vowed to never, ever work for a family business again. Of course, unless it's the Mafia. Then, at least, you know it's coming. I chose the name "sunday school rebel" because it sounded cool and because I never seem to make it to Sunday school.

I'm just another twenty-something, trying to construct a meaningful life.