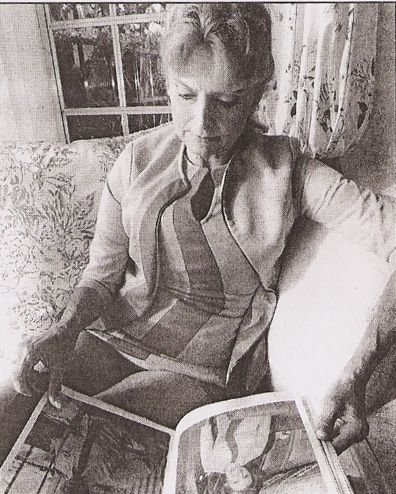 Few spirits have flown as high and low as those of former employees of the now-deceased San Diego legend, Pacific Southwest Airlines. On September 24 and 25, alums of the old airline, known as PSA, will hold their 23rd annual reunion, and conversations are sure to turn from the fun-filled prosperity of the early days to the uncertainties of today: pay, pensions, and medical/dental coverage that will shrink even further, and perhaps even evaporate.

This was the airline that encouraged miniskirted stewardesses to josh with passengers. "It was kissy, pat you on the fanny," recalls Gary Kissel, former director of public relations and author of PSA: Poor Sailors' Airline. "We used those terms with employees. The kids came in and would run at the customers" to make them happy. A smile adorned the front of the planes and the pins worn by employees. It was accurately dubbed the "World's Friendliest Airline." That was before it was sold 16 years ago.

There are about 1400 former PSA employees in San Diego, and a total of 400 alums -- some retired, some still working -- make the reunions each year. Few are happy.

That's a stark change from the early days. The idea for PSA germinated over cocktails in 1949 at a Fisherman's Wharf restaurant named Bimbo's. Kenneth Friedkin and J. Floyd Andrews discussed whether to launch an airline flying between San Diego and San Francisco. They did -- initially concentrating on naval personnel. Kissel says the fledgling airline thrived in part because, as a California-only carrier, it wasn't burdened by stifling Civil Aeronautics Board regulations. Also, the founders didn't have the money to follow manuals written for the big airlines. "Ignorance of the business was their biggest asset," says Kissel.

In its early low-fare days, PSA dominated the California corridor, making short hops all over the state. By 1970, the airline had been growing steadily and had been profitable for 15 years. Even a devastating San Diego crash in 1978 couldn't wound it. It was recognized as the innovative airline. Indeed, in 1969, some Texas parvenus had come in to learn how to run a short-haul airline. It was named Southwest Airlines, and it's now given credit for innovations that were copied from PSA, says Kissel.

Old-timers say their fun-loving, short-haul airline died by first mimicking and then being purchased by stiff-necked, strait-laced long-haul carriers. From 1979 to 1988, PSA tried to imitate United Air Lines -- jumping into too many new markets too quickly. Then in 1988, PSA was purchased by US Airways. United is currently bankrupt and wants to stop funding its pension program. US Airways, which emerged from bankruptcy early last year, is threatening to go back in the tank again -- if not another Chapter 11 reorganization, then possibly total liquidation.

One reason US Airways is in financial trouble is that, after taking over PSA, it lost the California market. Believe it or not, PSA -- which once had "Pacific" in its name -- is now based in Dayton, Ohio. US Airways now concentrates on the Eastern portion of the U.S. A big reason it lost PSA's market was competition "from low-cost, low-fare carriers," says a company spokesman at US Air's Arlington, Virginia, headquarters. One of the most damaging of those low-cost competitors has been Southwest Airlines. In a sense, PSA gave up the store by giving away its secrets decades ago.

If United gets away with dumping its pension program on the quasi-governmental Pension Benefit Guaranty Corp., then US Airways is likely to follow suit. When it went into Chapter 11 in 2002, US Airways handed the federal agency its pilots' pension program, which was $2.5 billion underfunded. Pilots' pensions were slashed by two-thirds or more. Current pilots are now under a new, less-generous plan, and the airline wants further cuts. Late last month, the ailing airline sought government permission to stretch out pension payments to other unions' funds.

On Tuesday, Continental Airlines said it won't contribute to its pension fund this year. That same day, the executive committee of the pilots' union rejected US Airways' bid for further cost cuts. Without $800 million of cuts, the airline could be in trouble on federal loan guarantees. Still later that day, rumors of another US Airways bankruptcy intensified. Standard & Poor's recently lowered US Airways' credit rating to its next-to-lowest rating, CCC, or "very weak." More bad news: Standard & Poor's is worried that Southwest Airlines -- arguably a PSA clone -- has entered US Airways' Philadelphia hub with sharp fare cuts. Ouch.

The long-term concern is that the Pension Benefit Guaranty Corp., which could be asked to bail out remaining US Airways pensions, may morph into something similar to the savings-and- loan crisis of the late 1980s and early 1990s. The agency has sunk from a surplus to a deficit of more than $11 billion. If the sickest airlines succeed in dumping their pension obligations into the agency's lap, other airlines will surely follow, lest they become less competitive. Next will come companies in other marginal industries. Congress has been passing measures that "will likely worsen the agency's financial footing," says Richard Ippolito, former chief economist with the agency, now with the Washington, D.C.-based Cato Institute. He fears a government bailout.

Former PSA employees have big fears. On June 1, San Diegan Karen Rohr, who had joined PSA in 1968, took early retirement as a flight attendant with US Airways. (Warning to those insisting on political correctness: female flight attendants in their 50s still call each other "girls.") Rohr was not given the opportunity of taking her retirement in one lump sum, as her husband, Mel, a captain, did in 1994. He is one of the few who is home free; his funds can't be taken away or cut. But Karen Rohr has to take that monthly check, and that's not comforting.

Flight attendants "are very mad at the company. Morale is real low," says Karen Rohr. "Everybody [fears] this is the end of US Air. Some of the girls are looking into retirement, but they are worried about whether they will get their retirement check." So is Karen. "A lot of the stewardesses are older, trying to put their kids through college. They are worried that if the retirement goes to the [Pension Benefit Guaranty Corp.], they will get a lot less."

Says Karen Rohr, "Some girls live in Southern California, where their homes and families are. They have been commuting all these years to Philadelphia and Pittsburgh. Now the company is planning more cuts in wages and benefits to the point it doesn't pay to go to work. They are cutting health insurance. Everybody -- pilots, the stews, all retirees -- are concerned about that. It used to be fun. It's no fun anymore."

Actually, US Air took the fun out of PSA when it took over in the late 1980s, and that's one reason the West Coast market was lost. "At first I was pretty bullish on US Air," says Mel Rohr. "But they made us change philosophy. We went from a happy-go-lucky operation, with the girls joking with the customers, to the East Coast mentality. We lost most of our customers."

"[PSA] had 85 percent of the California corridor at one time," says San Diegan Joe Graham, who retired from US Airways last December. Now, US Airways has a tiny presence in the West, and "is beating up on employees with [cheap] airline-type contracts," continues Graham. "United is drinking the same Kool-Aid."

Graham's retirement checks now come from the federal pension agency. He is getting one-third of what he was promised. "If US Airways liquidates, none of the employees would have health insurance. We are also concerned that if United and other airlines play the same trick as US Airways, the [Pension Benefit Guaranty Corp] will be further underwater and require a government bailout," says Graham, a former official of the Air Line Pilots Association. "At US Air, every guy with a yellow tie comes in and rips off his piece and leaves." By contrast, "Working for PSA was like having been with the Blue Angels."