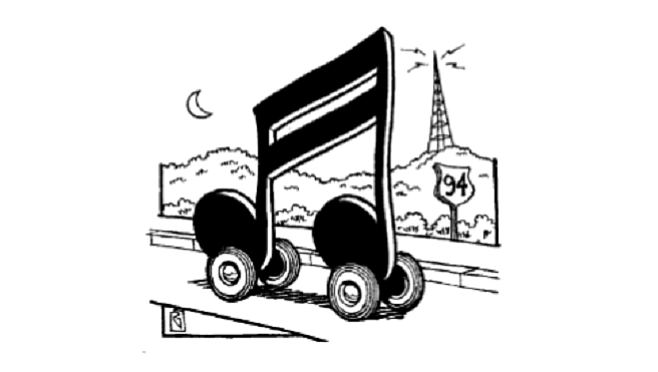 How come there is so much FM radio interference on the 94 freeway between Lemon Grove and the 805? It sounds like overlapping Mexican stations.

-- Nameless, on the road

Short answer? The terrain, the weather, the strange nature of radio waves, a crummy car radio tuner. Take your pick. Basically, FM radio transmissions travel in a straight line until they hit a barrier like a hill or a building and bounce off. They also travel for a particular distance determined by the amount of output power the station is allowed to have. The number of signals your radio can pick up depends on the quality of your receiver and antenna. Put these together and it's safe to say between 805 and Lemon Grove there are few barriers to the Spanish-language signals (or maybe you're hearing reflected signals that have bounced off something), your radio can pick them all up, but your tuner can't separate them. At any rate, the radio gods conspire to make that a zone where you get lots of interference from several stations broadcasting at or near the frequency your radio is tuned to. San Diego is a special kind of radio-signal hell because radio waves know no borders. We have agreements with Mexico that are supposed to keep this to a minimum, and transmitters and station frequencies are supposed to be coordinated so they don't overlap with one another. But it's a constant battle to make sure what looks good on paper actually happens when you turn on your station transmitter.