Antonio Garra wasn’t the first Native American determined to eliminate white people from his territory. The influx of Americans, lured by visions of California gold, prompted many reactions from native tribes. On the Fresno and Mariposa Rivers, they burned the trading posts of James “the Blond King” Savage. He formed a large company of soldiers and fought “The Mariposa Wars” in 1851. Sandos: “As an unintended consequence, whites ‘discovered’ Yosemite Valley, the allure of which meant the end of effective Indian occupation of it.” 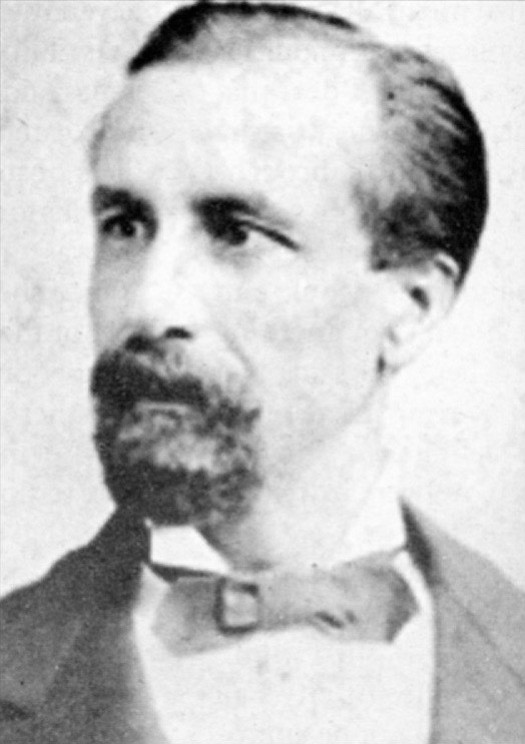 Garra was one among many. But his plan, in 1851, was the most comprehensive. From his home in Cupa, near Warner Springs, Garra sent runners to almost every tribe in Southern California. They urged a united Indian uprising against the white invasion. Garra implied that the Californios, Spanish-speaking landowners getting taxed out of existence, would join the fight. He also boasted that his medicine was so powerful it would turn American bullets into water.

Garra “made little impression” on Benjamin Hayes when they met in the late 1840s. Hayes saw a “fine old Indian,” dressed well, laughing on the porch of his adobe house. Others saw a “man of power” beloved and, quite possibly, feared by his people.

Garra was born a Quechan, natives who controlled the Yuma crossing of the Colorado River for almost a century. Educated at Mission San Luis Rey, he became leader of the Cupeños. In effect, Garra watched tens of thousands of whites — what a historian called “hoards of human locusts” — come through his land at two locations: on the Colorado at Yuma, since everyone taking the Southern Route crossed the river there and then at Warner’s Ranch. Evans: “This was the first place immigrants could refresh themselves and their animals after crossing the desert.... It was precisely within this valley that the main road branched, one fork to San Diego, the other to Los Angeles.”

Garra’s plan: stop the flow of white people — attack Camp Independence, at the Colorado crossing, and Warner’s Ranch. This two-pronged assault, he was certain, would ignite all-out war.

Camp Independence was a willow-picket stockade, near present-day Yuma, built to protect an American ferry company on the Colorado. Lieutenant Thomas Sweeny, who lost his right arm during the war with Mexico, led nine soldiers armed with 14 muskets and a 12-pound howitzer.

On November 10,1851, William J. Ankrim arrived at the river with 10 drovers and 1500 sheep. For unknown reasons — he suspected an ambush? — Ankrim split the group in half. He sent five men west, with the sheep, and remained at the camp with the others.

On November 11, at least 100 Indians surrounded Camp Independence. Garra had joined with the New River Kamias, the Chemehuevis, and the Quechans. They had bows, arrows, spears, clubs, but few rifles, and, though they made several direct assaults on the garrison, the blast of the howitzer held them off (in his diary. Sweeny estimated there were 400 natives and that, without his howitzer, they could have overrun the camp easily).

Eager for retaliation — and wanting to send a sign that the uprising had begun — the Cupeños and Quechans attacked the sheepherders west of the Colorado. They killed and mutilated the five drovers and lost ten men in the skirmish.

Later, Garra confessed that he tried to prevent attacking the sheepmen. He and the Quechans had a fragile contract. After they killed the Americans, the Cupeños and Quechans quarreled about which tribe got the most sheep. “The Yuma did not stick to their contract,” said Garra. Phillips: The quarrel “severed whatever unity Garra had been able to forge with the river Indians.” The tribes parted in animosity. Garra left the river on November 12.

On November 21, Garra’s letter reached José Antonio Estudillo, a wealthy Californio suspected of encouraging the uprising: “Now the blow is struck, if I have life I will go and help you, because all the Indians are invited in all parts.” It’s not clear when Garra wrote the letter, because by the time he returned to his Cupeño home, on November 17, his behavior suggests that, in his mind at least, the dream was almost gone.

Cupeños had an uneasy alliance with John Warner (at his ranch, wrote an observer, they were “stimulated to work by repeated floggings”). On November 19, a Santa Isabel Indian named Lazaro told Warner that his ranch would be under attack. Warner sent his family to San Diego but stayed behind with a young Indian servant, Santos, and another boy.

Garra, who originally planned it, now opposed the assault. The unity he sought ceased on the Colorado, and he began to feel more scapegoat than crusader. “You do this to have the blame laid on me,” he shouted at his people, “but I have nothing to do with it.” When the war party headed for Warner’s, Garra stopped at Wilakal, claiming he was too sick to fight.

On November 21, Cupeños attacked Americans at Agua Caliente. Led by Garra’s son, Antonio, they found three Americans convalescing at the hot springs: Fiddler, Ridgeley, and Slack. They took the invalids to the burial ground, then stripped and murdered them. Then they went to another house and clubbed and lanced Joe Manning. When they divided his possessions, young Garra and Juan Bautista fought over who should get three large and three small gold pieces. Garra got $50. Phillips: “Bautista got [Manning’s] pantaloons, Jose Luis his saddle and boots, Cosme”—who did the clubbing — “his mango [axe-handle], and Bonifacio his rifle.”

War cries woke Warner. Phillips: “Rifle in hand, he ran to the doorway and discovered that the two horses he had tied near the house had been cut loose. Seeing Warner, some 20 Indians took cover, but the ranchero shot two as he dashed to his barn to saddle another horse. Warner sent Santos to talk to the Indians.” When Santos didn’t return, Warner and the other boy fled through gauntlets of arrows.

On his way back, later that day, Warner saw an Indian carrying items from the ranch. Warner hailed him. The Indian reached for a bow and arrow. Warner shot him.

Phillips: “He found his house stripped of everything; and while the Indians had left his work horses and breeding mares, they had driven off all his cattle.” Warner estimated losses at nearly $59,000.

The original boundaries of San Diego County included Riverside, San Bernardino, the Pacific Ocean, Imperial County, and Mexico. When the Cupeño warriors set fire to Warner’s Ranch, people from all over the county saw enormous clouds of smoke. To local tribes, the clouds signaled the uprising was born.

The Conflict between the California Indian and White Civilization, Sherburne F. Cook (University of California Press, 1976)

“Between Crucifix and Lance: Indian-White Relations in California, 1769-1848,” Contested Eden: California before the Gold Rush, James A. Sandos (University of California Press, 1998)

Warriors of the Colorado: The Yumas of the Quechan Nation and Their Neighbors, Jack D. Forbes, (University of Oklahoma Press, 1965)