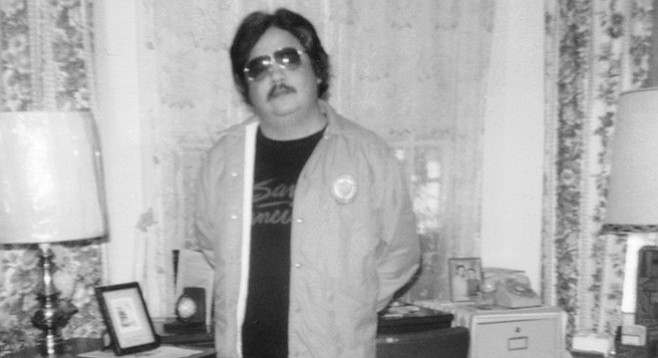 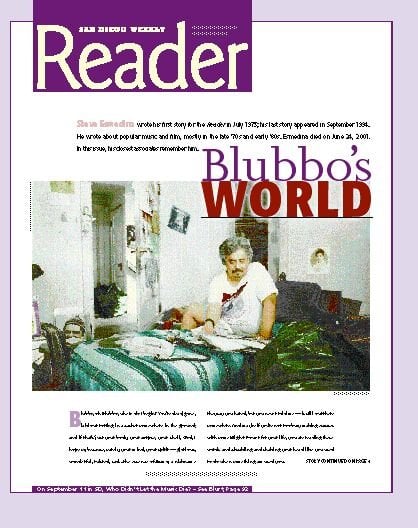 “I remember exactly when I met Steve. It was at the annual Reader Christmas party in 1976, at the old location of the Athens Market restaurant. That was when they announced that I was the new editor for the paper. I remember that there was one writer at the party that I sought out and two writers who sought me out. Immediately after the announcement was made, I was rushed by Steve and George Varga. They cornered me and absolutely bombarded me with questions about music, what I thought about music, music stories, the paper’s music coverage… They fired all kinds of questions at me.

“Steve was already working for the paper then, so I had read his stories and was familiar with his work. The story of his that really affected me — it still sticks in my mind after all this time — was a piece he had done about his high school graduation. It was very funny and so disrespectful, but at the same time it had so much heart and warmth in it. It was a wonderful story. So when I became editor, I already knew these things about him.

“One of the things I liked best about Steve was that as a reviewer, he would take strong stands and express strong opinions. It’s surprising, but that’s not something all reviewers will do. It can be a problem, getting a reviewer to take a definite stand on something. But not with Steve. And his taste in music was very broad.

“As quiet and shy as he could be sometimes, he could also get into these huge shouting arguments about music or about almost anything else. He had strong opinions, and he really didn’t care what anybody else thought. If you disagreed with him, well, you were just wrong.”

For a variety of reasons, most of them self-generated, Steve was notoriously bad at meeting copy deadlines. For several years he lived in a downtown apartment on Ninth Avenue, directly above Jim. Those times when Steve’s deadline would come and go, Jim would take out a broom and bang the handle on his ceiling until the story finally appeared.

“It was a little frightening living downstairs from him. When he’d drink, I’d hear him up there. It would be quiet for a long time, and then I’d hear this stumble, stumble, thump, and then a crash, like a body hitting the floor. It was really terrifying, imagining what was going on up there. I’d rush up the stairs and start pounding on his door, practically breaking it down, to make sure he was all right. I tell you, it was honestly frightening.”

As valuable as Steve’s contributions to the paper were, Jim says, he was eventually replaced as a weekly contributor. There are limits to the patience of even the most agreeable editor.

“One of my most vivid recollections of living near Steve involved a woman. Not a staff member, but someone associated with the Reader, who was about 20 years Steve’s senior. I came home one night, and I started to open the door to my apartment, I looked in, and there was Steve locked in this make-out embrace with this woman. They were kissing, passionately entwined, her blouse was unbuttoned and in disarray, right there on my couch. This woman was 20 years older than Steve, and they were going at it in my apartment. I quietly closed the door and beat a hasty retreat. We never talked about it.”