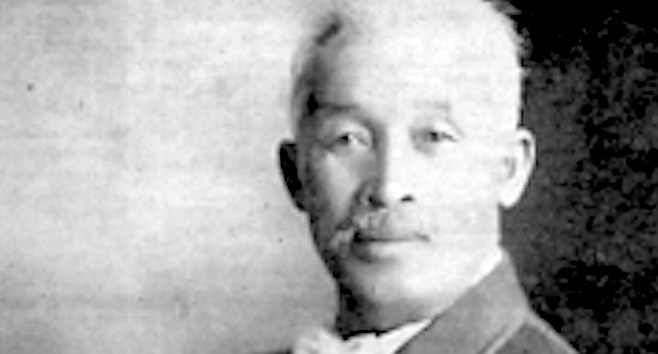 Most of the diary was written in books small enough to fit into a back pocket,” says Susie Lan Cassel, speaking of the ten volumes that are the diary of Ah Quin. Born in China in 1848, Ah Quin raised a large family in San Diego and became a prominent member of the Chinatown community before his death in 1914.

Being a diarist wasn't usual for a Chinese immigrant of the period. 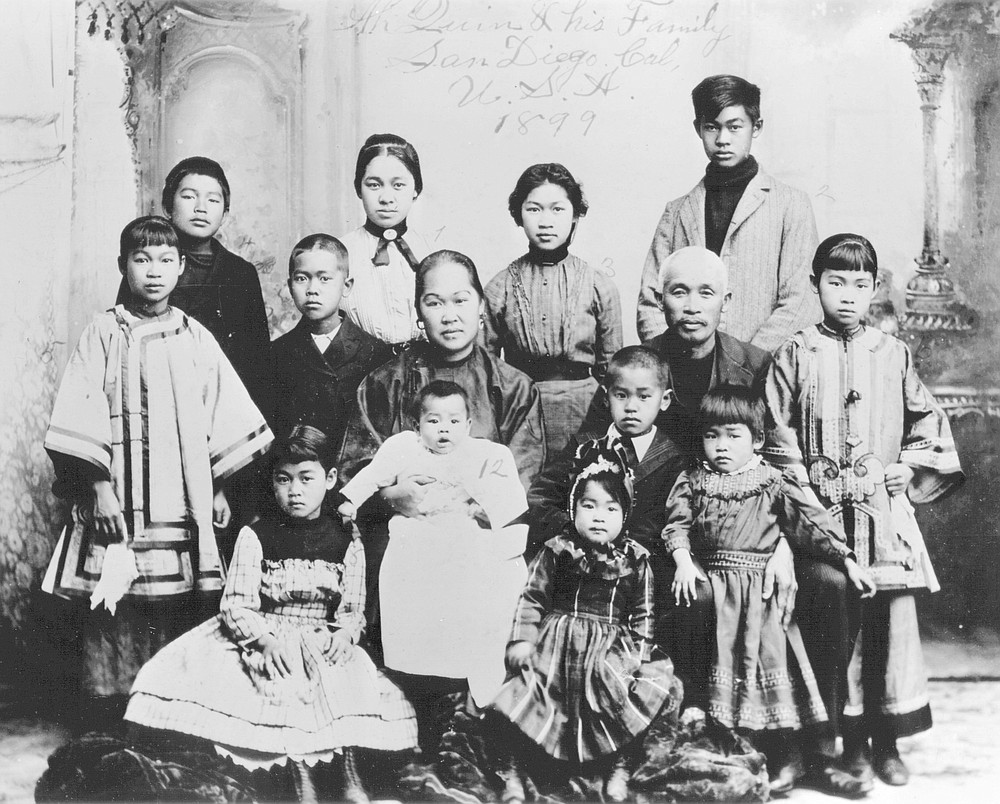 He married in this city and fathered 12 children. “His wife always had terrible morning sickness."

That’s why Cassel, an associate professor of literature and writing studies at Cal State San Marcos, calls the books “a very important find." Twelve hundred pages of “terrible penmanship” — mostly English but also Chinese, with inventive spellings in each language and much of it grammatically incorrect — the diary is being transcribed and edited by Cassel for publication. The project proceeds with the permission of the San Diego Historical Society, to whom Ah Quin’s relatives donated the volumes.

Ah Quin learned English at an American missionary school in China before arriving in San Francisco when he was about 20. “I think one reason Ah Quin wrote the diary was to practice his second language,” says Cassel.

The diary begins June 12, 1877, on the eve of Ah Quin’s departure for Alaska, where he was hired as a cook for a coal-mining company. “He was a laborer, the only Chinese in the crew, but enjoyed a warm and friendly relationship with his white employers there, sharing jokes and a sense of playfulness,” says Cassel. “I think it happened because the group was isolated. Secondly, his employers were good men, who valued Ah Quin as an individual. Thirdly, 1 think he was very likeable.”

He worked hard in Alaska and used a lot of space in the diary to record his productivity. “He’s careful to quantify. He’ll say, ‘I made 120 cookies today.’ Or, ‘I cleaned 43 fish in three hours.’ There’s a real sense of pride and innocence and excitement" — even as he registers his complaints about bedbugs.

When he left the mining camp two years later, he took a job in San Francisco as a houseboy and cook for military personnel at the Presidio. “It was a much more conventional situation for a Chinese laborer. He senses there that he is seen as inferior."

In his off-hours, Ah Quin hung out in the Chinese bachelor community. With a wide circle of friends, whose names he catalogs, he went to shows and he gambled. He did some drinking, and he visited both Chinese and white prostitutes.

Diaries often contain secrets; Cassel discovered some. Ah Quin had a tense relationship with a house manager at the Presidio. “On at least eight occasions Ah Quin sneaks into this man’s room when he isn’t there and sleeps in his bed. It seems like subversion, doesn’t it? He never writes anything really harsh about him, but then he does this and records it in his diary.”

Ah Quin came to San Diego in 1880. He married in this city and fathered 12 children. “I feel sorry for his wife," says Cassel, “because she always had terrible morning sickness. She was pregnant virtually all the time.”

His first job here was with the California Southern Railroad as a recruiter of cheap Chinese labor. This is a more mature Ah Quin, who “encounters some of the stresses and pressures of modern-day life,” says Cassel. After his time with the railroad, Ah Quin became an entrepreneur. With his profits he bought farmland and hired people to work it for him.

By then it had become a habit for him to keep a diary, Cassel speculates. “It also gave him a sense of accomplishment to record his successes.”

Failure and disappointment are part of Ah Quin’s story, too. “At one point a white lawyer defaults on a large loan Ah Quin made to him. ’Don’t do what I did,’ he writes in his diary, addressing his children.”

The unpaid debt forced Ah Quin to pawn some of his wife’s and children’s jewelry. When he suffered general financial instability toward the end of his life, he also had to sell some of the dozen businesses in San Diego in which he was involved. Cassel, who will speak about Ah Quin at Cal State San Marcos this week, says that another phase of her research will involve verifying those ventures, which are noted in the diary.

Cassel, who grew up in Chula Vista, learned of Ah Quin and his diary from Murray Lee, a curator at the Chinese Historical Society of Greater San Diego and Baja California. “Ah Quin is Murray’s hobby and pastime — his historical love,” says Cassel, who makes an important distinction between her and Lee’s approaches to the material.

She isn’t interested in the diary’s historical data. Nor is she looking to it for “cultural information about a particular time or place. ’ Instead, Cassel sees the diary as “a literary document, a piece of immigrant writing, a personal narrative of the self, the psychological self, written intermittently over the course of 25 years."