The gruesome heritage of the avocado

Bullish men charge each other. We set the guacamole on the coffee table. 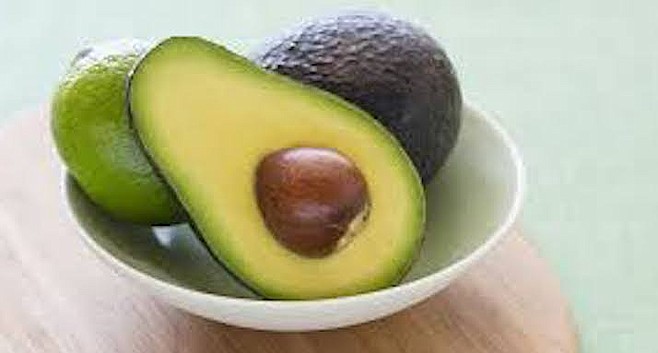 When Vic was a little boy on his way to school, he’d shortcut through an avocado grove. Kicking through dead leaves, he worried he might startle a rattler. The quiet also unnerved him. One morning, fog obscured the tops of the trees. The grove was quieter and darker than usual. The air smelled of damp earth. Vic walked slowly. He felt drops of something fall on his head. He took a few more steps. More drops. He thought it must have been rain. He glanced down at the front of his white T-shirt and saw it was covered with little dark spots. He ran his fingers through his hair. They were covered with red.

Europeans, particularly the French, say they better appreciate the taste of time — aged cheese, aged wine, moldy patds, game left to hang till almost putrescent. But our New World food, too, comes encrusted with age, handed down to us by history’s dirty hands. The shiny avocado is ancient.

As early as 6000 BC the fruit was cultivated in Mexico’s Tehuacan Valley. Despite avocado’s similarity to avogado, Spanish for.“attorney,” avocado comes from ahua-catl, the Aztec word for “testicle.” When you sit watching the Super Bowl, the guacamole you cat with crunchy tortilla chips is identical to ahuaca mulli, an avocado sauce prepared by the Aztecs.

While they would have appreciated the spirit of the Super Bowl, the Aztecs might have wondered why the winning team didn’t sacrifice and cat at least one of the losing players. The Aztec diet wasn’t limited to tortilla chips and avocado sauce. The Aztecs loved turkey, duck, tomatoes, and plump hairless dogs with floppy jowls. The greatest warriors, and wealthiest merchants, occasionally paid to have a slave sacrificed at the temple. After his still-beating heart was offered to the gods, the unfortunate body was thrown down the temple’s many steps, and down the body tumbled to priests waiting to hack it to pieces. Small portions of the flesh were distributed among the warrior’s, or merchant’s, family and friends, who used it to make a human stew. Nothing elaborate, really. Just water, com, a pinch of salt.

At a time when people are squeamish about veal and worry that football brutalizes society, it’s difficult to imagine our way back to the Aztec kitchen. We know that every culture develops its own particular intelligence for cooking and that likes and dislikes change over centuries. We don’t often appreciate that we share simple pleasures, like the avocado, like guacamole, with a time and society distant from our own.

Every now and then an Aztec priest would skin a human sacrifice and, wearing the skin like a costume, dance about in it. To the Aztec layperson, this was business as usual. The same mouths that had eaten human stew and found it agreeable also knew avocado and set their imaginations to work on it. Without realizing avocado was related to the laurel, and to cinnamon, they knew that when toasted its leaves tasted like anise, a flavor they incorporated into mole. As for the green smooth flesh, it needed something acid, like lime, or tomato, to cut its richness, and maybe some chopped onion and minced coriander to enliven it. Hundreds of years later, our mouths understand this combination. (The conquering Spaniards grew fond of ahuaca mulli and also like avocado sprinkled with sugar.)

Spanish brutality replaced Aztec brutality, one corruption supplanting another. Eventually even the Spaniards disappeared, intermarrying into what was left of the Aztec population. Tremendous churches were built where the temples once stood. No one remembered anymore what human stew tasted like. Now on Super Bowl Sunday we go to the supermarket and buy a few high-priced Mexican avocados. The crowd roars on the television. Bullish men charge each other. We set the guacamole on the coffee table, and a few minutes later it’s gone.

When little Vic ran home and told his mother that it was raining blood in the avocado grove, she called the police. It didn’t take them long to figure out what happened. Before dawn a neighbor had gone into the grove and killed himself with a shotgun. The morning fog had condensed on leaves spattered with blood, which then fell like rain to the ground. Vic never again took a shortcut through the avocado grove. And as for guacamole, even today, some 30 years later, he says he can’t bring himself to cat it.