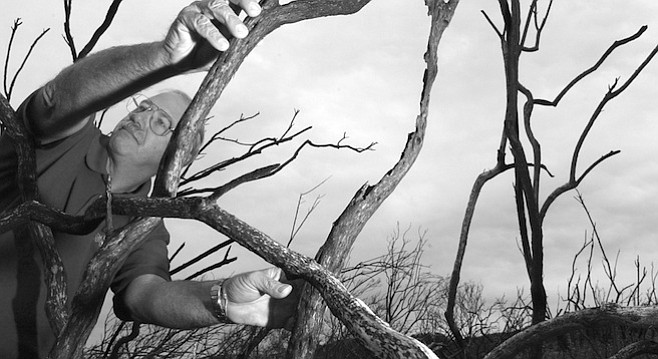 Imagine a wildfire driven by winds gusting at 80 miles per hour is racing toward your house east of Alpine. In the predawn darkness, you can see the red-orange glow of the inferno over a small rise to the east. Telephone poles in that direction have already burned, leaving you without power or phone. Not knowing whether to stay put or evacuate, you call 911 on your cell phone and get the Highway Patrol, who patch you through to your local fire district. The fire dispatcher asks your address. You tell her 5201 Alpine Boulevard. But your house isn't actually on Alpine Boulevard. It sits three quarters of a mile south of the boulevard, on a dirt road that locals -- and some maps -- call Montecito Road. 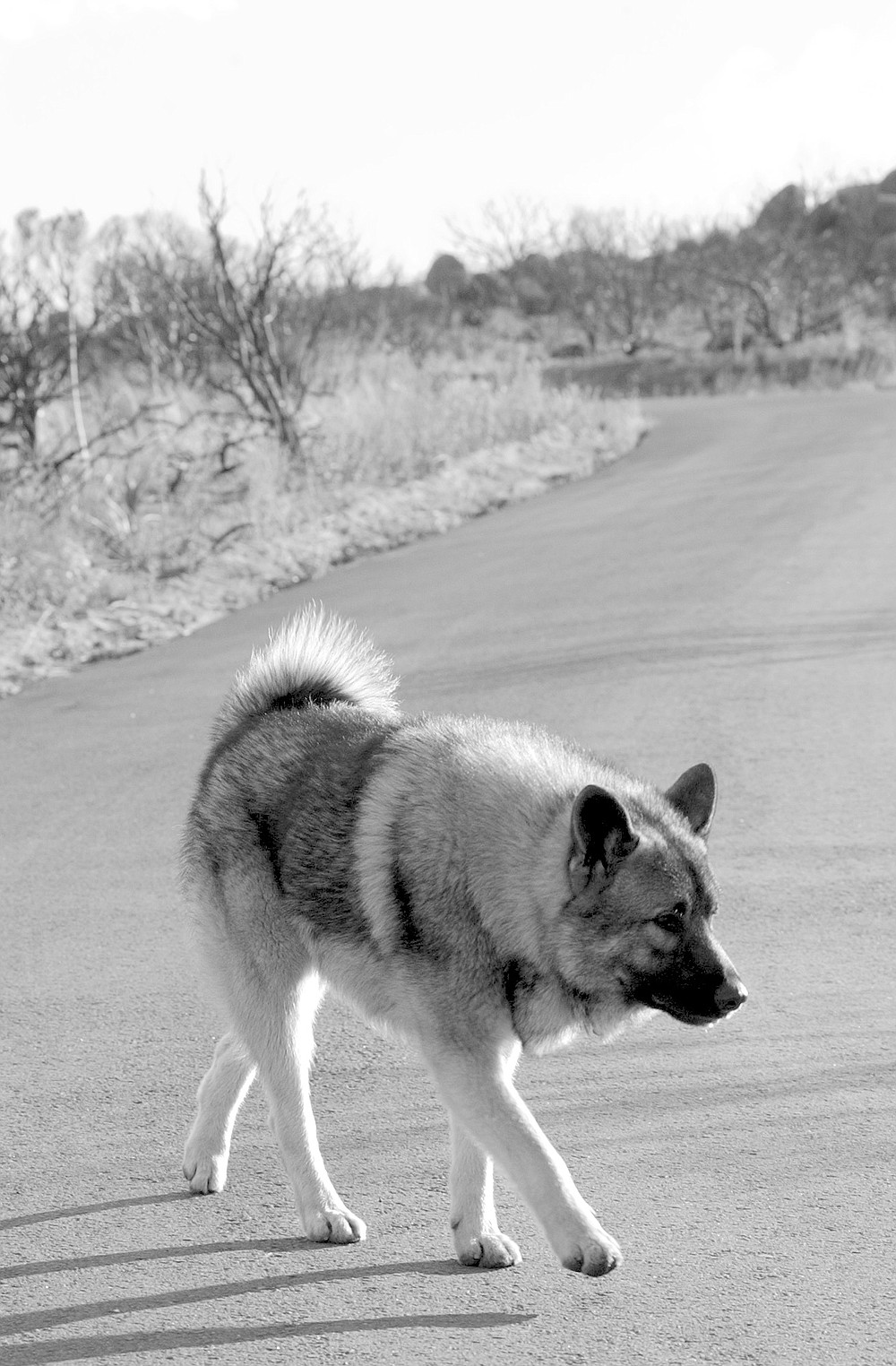 Unluckily for Farlin Road, a driver on I-8 chucked a cigarette into the center divide, directly upwind of the neighborhood.

You think the local firefighters know where your house is, so you don't worry. But the local firefighters were dispatched an hour ago to defend houses in areas that are already burning. The unit that gets dispatched to defend your house is one from the South Bay. They're used to operating in the urban grid of Chula Vista, not in the rural area east of Alpine. They don't have the local "run maps" that the surrounding fire districts' firemen carry. They drive east on Alpine Boulevard, trying to see numbers painted on mailboxes in the smoky darkness. When they finally do find your mailbox -- among a group of 10 or 12, all with numbers starting with 54 -- they drive up the dirt road next to them, trying to figure out which of the tributary dirt roads leads to your house. They look for address markers, but there are none. Because you're 5401, they figure your house must be the house closest to Alpine Boulevard. They're wrong. Betty Odiorne, the woman who actually lives at that address, explains why. 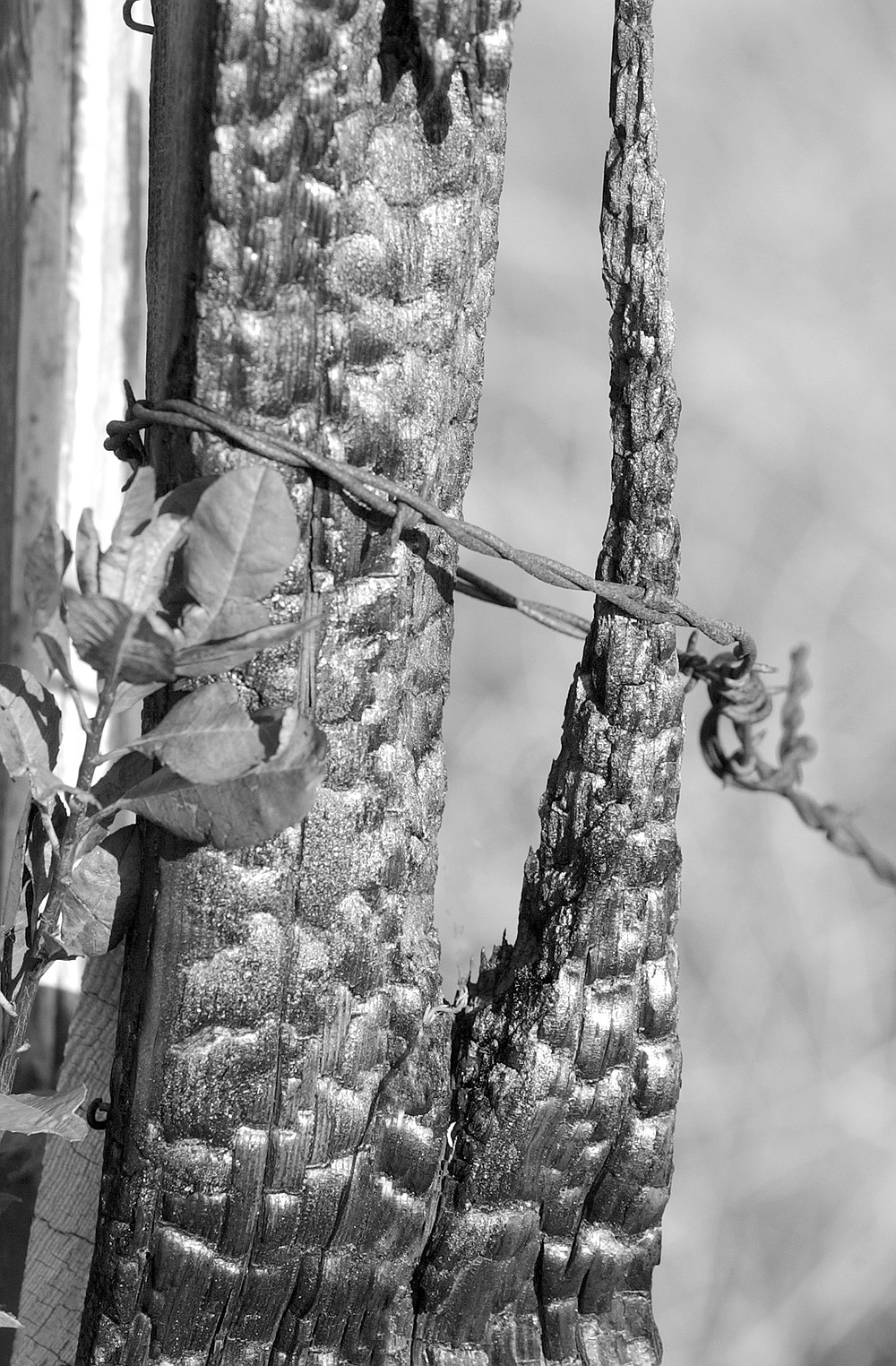 "I'm 5401 because I was the first one they gave a street address to, because my house was the first one built. Between me and Alpine Boulevard is 5427 and 5429 and all that, because those guys were built after me. It doesn't go [sequentially] because we all built at different times."

In fairness to Odiorne, this situation hasn't happened to her in the 19 years she's lived in her home. During the Viejas fire, which burned from January 3 through January 9, 2001, she was evacuated from her home the first day. Still, Tom Ace, chief of the Alpine Fire Protection District, says the haphazard addressing of homes and nomarking of privately maintained roads complicated the effort to protect homes and evacuate residents and livestock from the blaze. 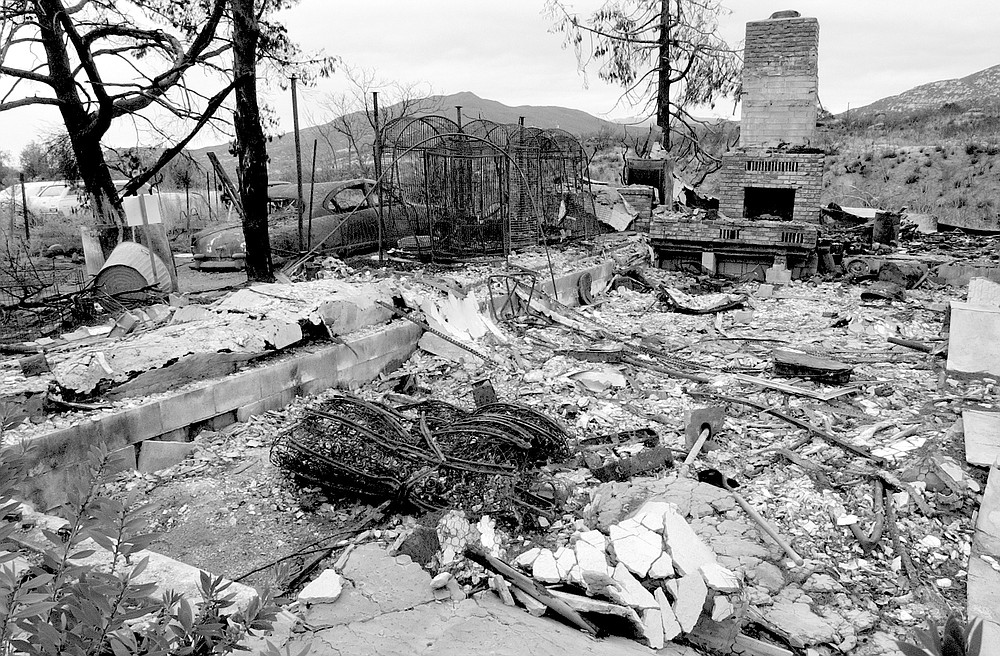 Five of the 15 homes lost in the Viejas fire were on Farlin Road, a short road off Alpine Boulevard.

Turning his car left out of the driveway of Alpine's tiny one-truck fire station onto eastbound Alpine Boulevard, Ace explains, "It's not just a problem in Alpine, it's a problem in all the rural fire districts. Pretty much every place outside of the city, in the unincorporated areas of San Diego County, you encounter the same types of problems: privately maintained roads that don't have county address signs. And there are a number of them. And, even though our firefighters are usually familiar with those, you have to remember that we had 2000 firefighters here from as far away as Sacramento, Palm Springs, Phoenix, Arizona. And they do not typically have our run-map books, where we delineate and define where some of those private roads are. So, for them, they're out there being dispatched either for fire protection or structure protection. So they're trying to find a street, and a lot of times there's not that nice green- and-white county-maintained road sign. There's only a wooden sign or a piece of cardboard nailed to a telephone pole delineating the name of that street. And sometimes there's not even that."

The run maps Ace speaks of are maps carried by firefighters that contain detailed information on their primary protection areas. "It's information that we gather, and the information is then submitted to a company -- in this case Digital Graphics -- and they produce the maps. Then we update them. All the street names, all the information on the maps, was gathered by hand by a fireman at some point. Every single address was verified."

Though the run maps aren't to exact scale, they contain, Ace says, a lot more information than Thomas Brothers map books -- which are carried on fire trucks as backup. "It gives us hydrant locations," he says, pointing to a run map sitting next to him. "Each of these buttons here indicates a fire hydrant. It gives us parcel lines, so we know the size of the property. It shows driveways that we can drive the truck on. And it also gives us the address number. In the Thomas Brothers, you only get a block range, like 1000-1200 block; it doesn't give you how many houses are on it and what the property is like."

Only what are called the "Heartland" fire agencies of San Diego County have run books for the areas the Viejas fire burned. "Heartland agencies are the agencies in San Diego County's zone four, which is in the East County. It's composed of Lakeside, Santee, El Cajon, La Mesa, Lemon Grove, Spring Valley, Alpine, and East County Fire Protection Districts. They all have the run maps. Once you get out of our zone, they don't have the maps."

During the Viejas fire, Heartland resources were used up in the first hour. "All of the Heartland fire agencies, the eight departments I talked about, on any given day they have 25 engines in service. On the first hour of the fire, we put 27 engines out, two more than our normal number in service. We had every engine in Heartland, plus two in the first hour. The other two were reserve engines. We manned them and got them out on the fire."

Ace navigates the Ford Crown Victoria through the town of Alpine and into the more rural areas of Alpine Boulevard, between the West Willows and East Willows off-ramps. The boulevard acts as frontage road on the south side of Interstate 8, across which lies Viejas Indian Reservation. "That's a good sign there," Ace points to a wooden sign marking Deer Springs Road. It's eight inches wide and two feet long, suspended from a piece of curved iron. "But look at this next one." It's a piece of plywood, two by two feet, with "5353" spray painted on it. "Five thousand three hundred and fifty-three, but what street is it?"

Further east of Alpine Boulevard, Ace points toward the fence separating the street and the freeway embankment. "Now, see the rust on the chain link here? That's because this was all burning through here. The fire started about a mile and a half east of here in the center divide. It jumped on the other side of the freeway, it burned across that mountain up ahead, and it jumped across the freeway right down here, and jumped into Alpine. Where that fence was rusted was one of the areas that burned across the freeway."

A half-mile west of where Alpine Boulevard ends at East Willows Road, Ace turns right onto Farlin Road. A white-lettered green sign on an eight-foot metal pole indicates that this is a county-maintained road. On the left, 50 yards up the hill, stands a small stucco house surrounded by blackened earth and scorched manzanita bushes. "This house was saved," Ace says, "and every one from here on out was gone. This was the first neighborhood hit."

The morning of January 3, 2001, was a tough one for Farlin Road. Five of the 15 homes lost in the Viejas fire were on the short road off Alpine Boulevard. A number of factors made it ground zero. Dry winds were blowing from the desert at 45 miles per hour with gusts as high as 80. "I've been up here for 19 years, and I don't ever remember the wind blowing that hard," says Odiorne. Two years of below-average rainfall had resulted in fuel moisture content -- the amount of water in the grass on the hillsides -- of less than 10 percent. "You like to see it up around 30 to 40 percent," Ace explains. And most unluckily for Farlin Road, a driver on I-8 chucked a cigarette into the center divide, directly upwind of the neighborhood. In less than an hour, the winds had blown the fire across the eastbound lanes of the freeway, up an embankment, across Alpine Boulevard, and into the Farlin Road neighborhood.

"When the fuel is so dry," Ace explains, "the fire doesn't have to reach it for it to start to burn. The radiant heat ahead of the fire ignites it. We had fires spotting out ahead of this one by a half mile. The grass was just bursting into flame. So it's very hard to chase after that kind of fire and catch it with a fire hose. You just can't do it."

That same radiant heat can cause houses to burn, even houses with fireproof roofs and no exposed wood. "The radiant heat is so high," Ace says, "that even through double-pane windows it will ignite the wall coverings and draperies inside the house. Burning vegetation can actually reach 2000 degrees Fahrenheit. So you can have the contents of homes spontaneously combust, because wood burns at about 560 degrees."

When firefighters arrive at a scene like Farlin Road, January 3, they perform a kind of fire triage. "They'll look at the structure," Ace explains, "and make a decision whether they can protect that structure or not. If the homeowner hasn't done any clearing of brush around his house, if he has a shake cedar roof with trees overhanging it, or if he has a house with a lot of exposed wood, they'll move on. Let her burn. If you get to another house that has 100 feet of clear space, it's got a tile roof, stucco exterior, double-pane windows -- they're going to make a stand there."

Further east, where Alpine Boulevard meets East Willows Road, the paved road ends, and a dirt road continues on. It's unmarked except for a spray-painted plywood sign reading "Fritz" leaning against an open chain-link gate. "Fritz must be the name of a guy who lives back here," Ace says, "but what's the address here? What's the street name? The dispatchers don't say, 'Go to Fritz's house.' "

Ace adds, "If the house is not clearly visible from the street of its address, then the owner is required to put up a post with a street name and street address numbers on it. That's by fire ordinance, so it has all the weight of law. Still, it doesn't always happen."

Another Alpine Fire Protection District's ordinance dictates that a private road serving four or more parcels shall be named and marked with street signs. Told that she and her neighbors are in violation of both ordinances, Betty Odiorne doesn't seem alarmed. "Nobody's ever done anything about it. What are they going to do, cite us all? No, nobody has ever said anything to us. Unless someone is going to write me a ticket, I really don't care. If the fire marshal wants to come out and explain it to me, that's fine. I'll understand. Other than that..." she shrugs her shoulders.