And her father John Cheever's alcoholism 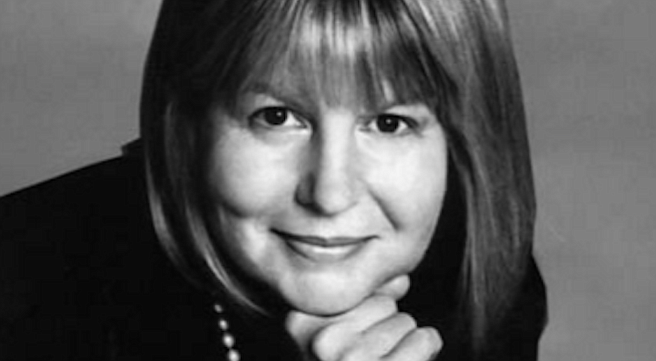 Author: Susan Cheever was born in New York City in 1943, daughter of short-story master John Cheever and Mary Winternitz. She grew up in Manhattan and in the twilit suburbs rendered so poignantly in her father’s stories in The New Yorker. Cheever received her B.A. from Brown and, as she tells in her new memoir, has taught at the Colorado Rocky Mountain School, has written for the Westchester-Rockland newspapers, Newsweek, the New York Times, the New York Post, and various national magazines. She is autho'r of eight books, including the novel, Looking for Work, and' Home Before Dark, the best-selling memoir about her father. She lives in New York City and teaches, part-time, at Bennington in Vermont.

This is an old story Cheever’s telling — I drank too much, I quit drinking, now my life is better. In another writer’s hands — or voice — this could be one more sad little recovery story. But Cheever turns the cliched dross into her own gold. How she does this is by writing coolly, almost dispassionately, about subjects that lead most of us to the hysterical use of modifiers and to creation of one after another of the Mommy Dearest scenes. Cheever, however, quietly confides on the page about her first husband’s repeatedly slugging her and her taunting him to hit her again; about the elderly psychiatrist who regularly felt her breasts; about her Mississippi summer as a civil rights organizer during which she was terrorized by her black and white hosts. Even if you think you could care less about Cheever’s passage from alcoholism to sobriety, you should read Note Found in a Bottle simply to admire how one of the world’s oldest stories can be made new.

On the afternoon we talked, Susan Cheever was at home in Manhattan. I said that I was interested in what she made of the recent brouhaha over memoir.

“I have so much to say about that. Every book is a journey of discovery, right? ‘No discovery for the writer; no discovery for the reader.’ I believe that. Certainly in writing a memoir. I also believe very strongly that writing is not therapy, and I always feel worse after I have written about something, not better. It’s not necessarily a healing process. I came to understand my own drinking much more clearly as I wrote about it. But I also think, about memoir, that this great memoir controversy is really about women. The most controversial memoirs are written by women. I think what has happened is that women have finally gotten a voice. And these stories — whether it’s Joyce Maynard’s story [At Home in the World: A Memoir] or yours or mine — are the feminine stories that didn’t get told before. I think that’s why memoir is so controversial. I don’t think that it’s memoir that’s getting people so upset, I think that it’s women telling about their own lives, which traditionally had not been part of common knowledge. This goes into why I write. I write to bear witness. I write because I think that perhaps if I just set down what happened to me in the truest way that someday it will help someone else. Someone might someday say to themselves, ‘Oh, I am not alone.’ Because that is what reading is for me. That discovery. That not being alone. So that’s the spirit in which I approach memoir. I think it is almost a sacred genre. It is all of us women finally getting to raise our voices in song and in celebration of things that didn’t get celebrated before. So, that’s what I have to say about that.”

Cheever writes, in Note Found in a Bottle, that writing, for her, is often a matter of losing rather than gathering control. “I find writing very mysterious, and the more I do it, the more mysterious it gets. The better I get, the less control I have; also, the less consciousness of it I have. I can’t figure out how I had the time to write this book. I didn’t have the time to write it, and I barely remember writing it, and I barely know what’s in it. Writing, for me, is something that seems to happen not in real space and not in real time. But the events in it, in the writing, have happened in real space and time.”

Cheever’s father, John, in addition to being one of America’s greatest masters of the short-story form, was, until the last years of his life, an alcoholic. He was also bisexual and in midlife began a series of covert relationships with men. Cheever said, about her father, “He was just so good at writing about alcoholism. He was good at a lot of things. But the hidden texture of his work was about the drinking. His desire for men was not the real family secret. The alcohol was.” Cheever laughed, a laugh neither rueful nor happy. “He hid bottles everywhere — even in the privet hedge.”

I said how well she captured the atmosphere of social drinking in the 1950s — the late-afternoon clatter of ice cubes, the chilly martini shaker, “Well, that was how the world was. There were other people in other places who weren’t living that way, but we certainly didn’t know them. Both my parents held up the WCTU [Women’s Christian Temperance Union] as a kind of bogeyman of intemperance and intolerance, and people who didn’t drink were just not part of our world. I have a friend who just read my book and she said she was aware how different she and I were from many of our other friends, when, last summer, someone opened a bottle of gin, and she said, ‘What smell better captures the smell of our childhood summers than a freshly opened bottle of gin?’ Everybody but me looked at her like she was crazy. But, of course, for those of us who grew up that way, she was exactly right.”

I said that I admired her courage in writing as openly and frankly as she does about her relations with men.

“With men, from the beginning, I was messed up. Drinking exacerbated that. One of the things that alcohol really enabled me to do was to mess up my connection to men and to never have to really think about it. I was able to sleep with married men without thinking about it. I think that when you’re drinking, nothing really matters. You can say to yourself, ‘There are no rules.’ It really is very attractive. It’s just that it destroys everything.

“A person who was not really crazy and not drinking the way I was would not have been or stayed in situations that I got into and stayed in — a husband who was hitting me, a psychiatrist who was feeling my breasts. Drinking enabled me to sleepwalk. I was able to magnificently justify almost anything I wanted to do. I have lost that ability. That’s one of the real changes for me in not drinking: I can no longer rationalize anything I want to rationalize.”