Ruth Reichl: Tender at the Bone 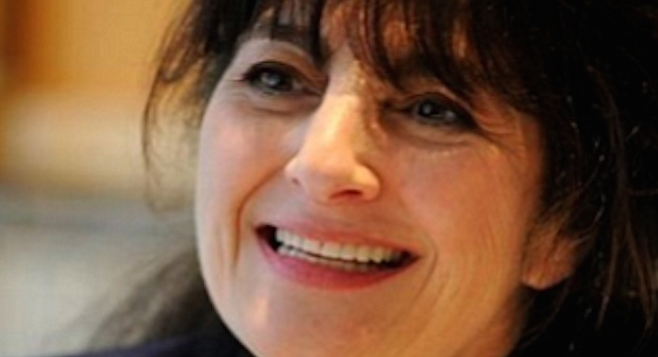 Author: Ruth Molly Reichl was born in 1948 in New York City and grew up there. She attended Hunter High School and College Marie de France in Montreal. She graduated from the University of Michigan in 1968 with a B.A. in sociology and in 1970 she received an M.A. in the history of art from the same university. She traveled in Europe for several years and then moved to Berkeley, where, from 1973 to 1977, she served in various capacities, from waitress to chef to owner at the Swallow Restaurant, in its time one of the most avant-garde of Berkeley’s cafes.

In 1977 she began writing about food and restaurants for the now-defunct and then adventurous and almost always interesting New West (later California) magazine. Reichl left New West in 1984 to become the Los Angeles Times restaurant critic; in 1990 she was named food editor. She left Los Angeies in 1993 to become the New York Times 's chief restaurant food critic. There, Ms. Reichl reigns over the Wednesday edition’s food pages, each week dispensing her stars — from four (for “Extraordinary”) to none (for “Poor to Satisfactory”) to New York City eateries.

I’m a great admirer of Ruth Reichl’s Wednesday restaurant reviews. I’d likely never fly to New York and go to one of the places about which she writes, and I almost never notice how many stars she does or does not mete out. Reichl, expectedly, writes well about food; she’s instructive about ingredients and preparations and cuisines, and she can cite the employment history, seemingly, of every chef in the world; she knows how to make a mouth water and drool drip down onto newsprint. But those are skills that most restaurant reviewers eventually acquire. Why I’m such an ardent admirer of Reichl’s pieces is that this woman, most Wednesdays, manages to tell as fine a story in 900 words as do many of our country’s short-story masters. Reichl brings to the aptly titled Tender at the Bone all her expertise and charm. And here, in her memoir, spotted with Reichl recipes, you cannot only read her, you can “cook” her too.

On the day that we talked, via telephone, Ms. Reichl was trying to finish her Wednesday piece and having trouble, she said, getting it just right. I asked how she happened to write this book.

“I always wanted to do something bigger. I’d been doing journalism, short pieces, for 20-some years, I wanted to try something long to see if I could do it. I wasn’t sure I could. I really wasn’t. And then I started. The truth is, 1 didn’t start thinking of it as a memoir. I was halfway through with it before it hit me that that’s really what I was doing. I thought of it as sort of doing short stories about these great characters I’d known. I was sort of in the middle of it before I realized that this was sort of a memoir. But I truly didn’t mean to write about me. There were all these stories I’d been telling people. And I wanted to write them down.”

Tender at the Bone's cover is a photograph of Ms. Reichl as a child. In this photograph, she’s standing at the stove. The photograph was taken, she said, in the New York apartment where she grew up. She couldn’t recall, she said, what she was cooking that day. “I wish I could remember. It could be Wiener schnitzel and it could be scrambled eggs.”

I said that I had noticed that nobody ever seemed to interview Ms. Reichl

and that I’d never once seen a photograph of her other than the childhood snapshot that serves as her cover art.

“Well, it’s true. I’m a writer. I’m not a person you’re supposed to interview.” Ms. Reichl went on to explain that she also didn’t have her photograph taken because of her need, when she reviews restaurants, to remain anonymous, so anonymous that she owns many wigs.

I mentioned that it seemed to me that in the last 20 years or so that people had begun to read writing about food in a way similar to that in which people read pornography. Ms. Reichl agreed, and I asked her what she thought had made that change happen.

“I think people are just much more interested in food than they used to be and unashamed of being interested in food. M.F.K. Fisher said, you know, that when we talk about food we’re really talking about more than food. I think people respond to that. Also, as life has gotten more hectic for people, and as people have less actual contact and so many more people don’t sit down to dinner with their families the way they used to, I think that people are looking for that feeling that they got from being at the table by reading about food. I think we really miss the time we spent at the table with each other. As we eat faster and grab meals we’re sort of yearning for that connection to food that we used to have. And reading has taken the place of eating in some ways."

Reichl’s mother suffered from manic-depressive illness and veered between hilarity and near catatonia. She also not infrequently made up meals for family and guests from food that was just plain spoiled. I said that I found her stories of her mother terribly poignant.

“My mother, of all the great characters I’ve met, was the greatest. That illness that she had is really sad. The idea when you go to bed at night you don’t know who you’re going to be when you wake up in the morning is horrible. When she was feeling good, she was a ball of fire and alive, and alive in a way that many people aren’t. And then she’d sort of go too far. She would have a dinner party, and five minutes before we would be stuffing things into the closet. She didn’t have that sense of time that would warn you, ‘Oh, yeah, now is the time to clean up the house for company.’ ”

I wondered if Ms. Reichl thought her mother’s vile and dangerous meals helped or even forced Ms. Reichl to become a wonderful cook.

“It’s possible. On the other hand, you know, there are certain things that you’re sort of born with. I was born loving cats. There was no reason for it in my household. Neither of my parents had any interest in animals at all. I just was born loving cats. And I was born loving to cook. It was something that always from a very young age gave me great pleasure. I might not have turned into the kind of confident cook I became. Watching my mother sort of falling apart, I developed a sense of timing, which is important to a cook. I’m not sure that I would have done that. But I know that I was born to cook. Even as a young child I would think, ‘What are the things that I like to do?’ And those things were always reading and cooking.”

I asked if Ms. Reichl, when she was cooking regularly, would do what many of us do — stay awake at night thinking about what one will cook the next day.

Laughing, she said, “Well, I don’t cook much anymore, but when I did, I certainly did that. And when I was cooking at the restaurant, I would walk home from work thinking about all the things I would redo and everything that I did wrong, and how I would do it differently next time. I mean that’s the other thing. It’s never exactly right.”

I said that cooking was like writing in that way.