A very human book about dogs and dog shows 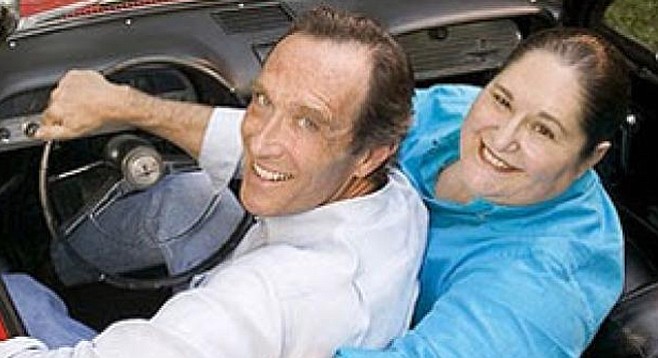 Authors: Low culture’s Boswells Jane and Michael Stem were born in 1944, Jane in New York and Michael in the Midwest. They met in 1968 at Yale where Michael, a would-be filmmaker, was studying art history and Jane was at work on her master’s degree in painting. They married in 1970 and have been happily — and busily — together ever since. In their now-27-year marriage, they have produced 20 smart, insightful, well-reported, and funny, funny, funny books on food, pop culture, and cultural icons. No food snobs they, the Sterns travel across the United States, eating and writing about the food that most Americans actually eat. The result of these travels goes into their monthly column in Gourmet magazine — the best reason to subscribe.

Dog Eat Dog follows bullmastiff owners on the dog-show tour. The book’s heroine is the mildly neurasthenic, chain-smoking Mimi Einstein, owner of Allstar Kennel. Einstein breeds, shows, and defends bullmastiffs. In the latter instance, after learning that a dog she’s sold Mike Tyson is not well-treated, she shows up at Tyson’s home and single-handedly rescues her pooch. Dog Eat Dog is full of other interesting humans, and even if you could care less about dogs and dog shows, you will care about the humans.

When I telephoned the Sterns in their Connecticut home, I was surprised when both Jane and Michael picked up separate phones and said hello. After a bit of oohing and aahing over the book, I mentioned that a plethora of dog books seemed to be in bookstores recently. I said that it seemed to me that either dog owners were beginning to come out of the closet or that more people were acquiring dogs.

Jane allowed as how it certainly was “easier to have a relationship with a dog than a human being. And I think that if people are coming out of the closet with their love for dogs, it’s probably because it is such a pure love. A friend of ours just lost a parent and the same week his dog died. And he said, ‘It’s funny, but I find myself grieving for my dog more than for my mother.’ And I said that his feeling made sense to me because love for an animal is such a pure relationship. There’s no ambivalence there.”

Michael, laughing, interrupted. “Next we’re going to get a bull.” “...bulldog,” Jane continued, “only because we can’t have a bull in the house. We just like big, bulky dogs.”

“Exactly,” said Jane. “We’re big, bulky people. With big, bulky chairs and big, bulky furniture. And I like a very quiet dog; I like a dog that’s sturdy and undemanding. We’ve had eight bullmastiffs so far, and they’ve fit our needs in every way.”

I mentioned that I once had a bulldog and that she drooled on everything so badly that our children begged us to get rid of her. I asked about the Sterns’ bulldog.

Michael noted that the bulldog they’d had, many years earlier, “just basically hung out in one chair of the house. And what this bulldog did to relax was to lick the chair. When that dog died, we picked up the chair to move it out of the house, because no human would ever want to sit in it. Not only did it smell but it, literally, had a hard crust on it from so much licking.”

Jane was laughing so hard she could hardly talk. “It was like a chair that had turned into a scab or something. And it did stink.”

“But we didn’t notice,” said Michael, going on to say, “I was only half-joking when I said we were big, bulky people, because I think that’s one of the things that was the most fun about doing this book — going to shows, relating to people, and seeing how much their dogs reflect them, both physically and mentally. I suspect that dogs really are a reflection of the people who own them.” Jane slipped in. “In fact, we noticed that a lot of Scottie and Highland terrier people, both handlers and owners, tend to be very slim, biffy, Ralph Lauren-wearing people, and a lot of the bullmastiff people tend to be sort of blue jeans, big muscled, and muscle-shirt-wearing people.

“Also,” said Jane, “I think there’s more chauvinism in dog breeding than in, for instance, cat breeding. Somebody once told us that if you like cats, you like all breeds of cats, but if you like a certain breed of dog, you don’t necessarily like other breeds of dogs.”

I agreed about the chauvinism and asked, given the Sterns’ interest in food, what they fed their bullmastiffs.

Michael offered, “They each get a bagel every morning."