All of music did not begin with rock and roll

The Beatles did do liner notes 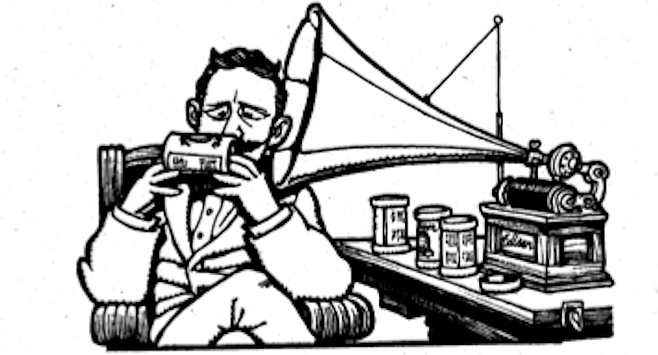 Dear Mr. Alice:As some friends and I were kicking back one day listening to the Beatles and reading the lyrics that came with the album, we were wondering, what was the first music artist to include the words with their music? Was it the Beatles or was it some obscure band or artist? We had a big argument over this, so I come to you. Matt. Please help us out. —The Cookman, P.B.

All of music did not begin with rock and roll. The world had tunes before Bill Haley and Fats Domino and the Beatles. Liner notes, if you stretch a point, go back as far as Edison cylinders, and lyrics in liner notes appear in the first decade of the 1900s. The earliest reference we could dig up was to a lyric sheet included with a record of Scottish folk songs from that era. A popular set of kids’ records from the 1940s included the words so the tykes could screech along with the music. Opera records have occasionally come with libretti. But if you and your friends were arguing just the rock/pop era, post-’50s, the Beatles’ Sgt. Pepper was the first album to include lyrics in the liner notes.

One caveat, however. The elves and I really sweated this question. We pinned down a lot of music historians rand tried to whap some facts out of them. We took staffers at repositories of tuneful info and hung them by their ankles out their windows. Aside from a lot of loose change and car keys, we didn’t get much. They’re a cagey bunch. None had ever been asked this question before, and they did a lot of bobbing and weaving, commitment-wise. So while we towel off from our search for enlightenment, we’ll gladly accept any random, related wisdom from informed Alicelanders. Yeah, I know, you’re all “informed.” Well, we’ll be the judge of that.