Ted Geisel, his first and second wives, Neil Morgan, and the Jewish question 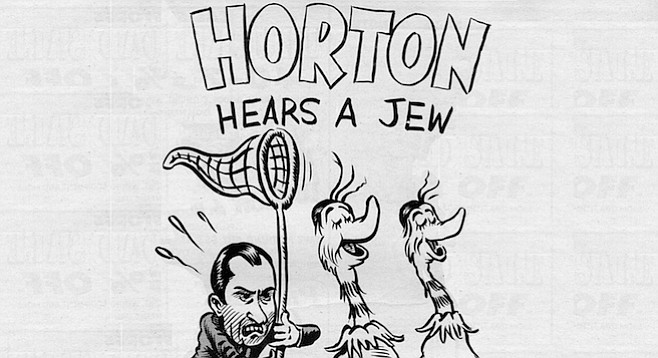 “Like Charlie Chaplin, many stars today are mistakenly believed to be Jewish. Below, a partial list of celebrities who are not Jewish... 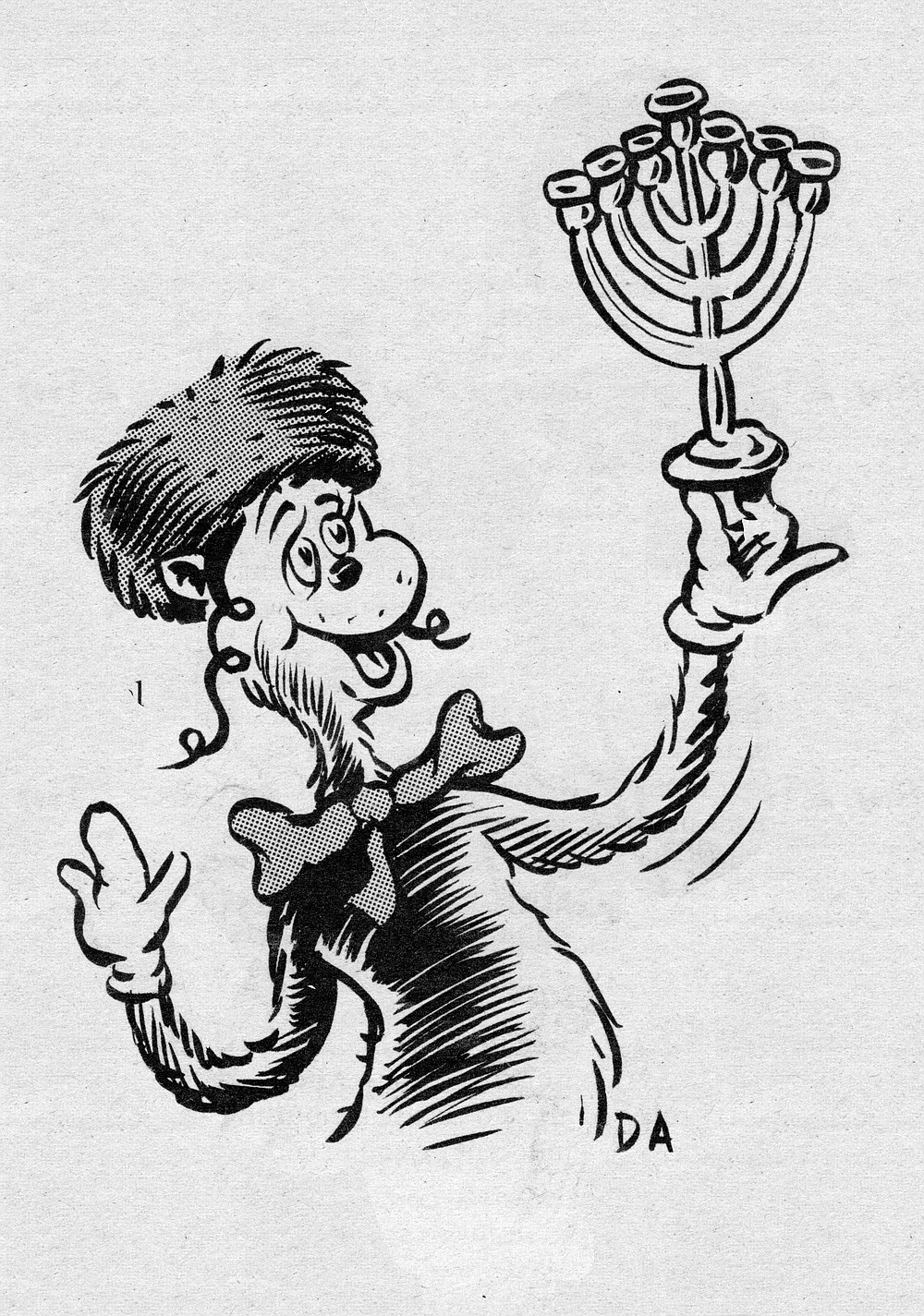 Helen, née Palmer, was Ted’s first wife, and his workhorse, too. (Could Helen Palmer, a Brooklynite, also have been a Jew?) We’ll never know her heritage; ’tis no use to guess at all. In 1967, Helen downed 300 pills of phentobarbital.

“Yes, I certainly remember that there were whispers at some point about Ted’s origins. This was of course years ago, years ago, when there were only a handful of Jews in La Jolla and everyone minded everyone else’s business. I know he moved pretty much in super- WASP circles. And his second wife Audrey. Before she married Ted she was Audrey Dimond, which could be a Jewish name. It certainly sounds like one. Audrey’s first husband, a cardiologist or something like that, most definitely might have been a Jew.”

“[UCSD] Chancellor Atkinson declared that ‘Ted Geisel was one of the great authors of this century....’ A bit later, Atkinson amended his appraisal: ‘I think it’s fair to say, when one looks at the 20th century, Ted may be the greatest author of this century.’

The 21st of March in this nation’s finest city

An unrepentant Nixonite did something rather pretty.

The giant book he published in consort with his wife

The Nixonite was Morgan; his close friend, Dr. Seuss.

But the book was published and met with great acclaim.

And Morgan the Nixonite won hours of prime-time fame.

The book was an odd one, alive with facts and dates.

Yet it addressed but one scandal: Ted’s fickle taste in mates.

Helen, née Palmer, was Ted’s first wife, and his workhorse, too.

(Could Helen Palmer, a Brooklynite, also have been a Jew?)

We’ll never know her heritage; ’tis no use to guess at all.

So, Helen, who’d worked like a dog on Ted’s books, opted to take her life.

Unhinged by infidelity, worn out by sacrifice,

Helen wrote Ted, “Say I was overwrought. Your fans won’t ask you twice.”

Ted married Audrey Dimond a mere ten months from then;

A diamond for a Dimond, and Ted was off again.

Only one peccadillo for Mr. Horton Hears a Who?

It’s wasn’t the question of wives that dogged him, rather, was Ted Geisel a Jew?

Not whether he chose a Brooklynite, or ex-Dimond, as playmate.

The problem began at Dartmouth, when Ted was just a boy.

Pledge Week was disastrous; Ted did not look like a goy.

Ted took the snub like a trooper; Dartmouth he never criticized.

He made friends with other outcasts, although he was uncircumcised.

They moved in ’27 to the Lower West Side.

New York was marvelous to Ted. He took the place by storm,

But Ted and Helen soon agreed they needed someplace warm.

In ’48 La Jolla was a typical small town

Where Jewish names and funny noses elicited a frown.

He railed against local realtors' distaste for folks who looked Semitic.

Why doesn't Morgan bare the ruse that bought Ted's home in 1948?

(There must have been some rumors about Ted's long proboscis.

“Do you think we oughta sell land to this descendant of Moses?'')

In Morgan's life of Dr. Seuss what mysteries remain

That must have put their friendship under terrible strain.

The reason for this was of course Nixon, the president with the fat snout.

Morgan was a big fan of Nixon. His love for the Trickster was plain.

And Morgan was fond of Ted Geisel, but the Trickster had Jews on the brain.

An editor and Nixon fan whose sympathies collided,

Could Morgan be a friend to Ted when Tricky Dick decided

To purge the Jews at Labor in an undeclared war

And blame poor Agnew's troubles on the Jews of Baltimore?

And when the Trickster foundered, Ted penned a farewell verse

With columnist Art Buchwald as a kind of good-bye curse.

(To take this one step further, Ted was a long-nosed Democrat.

Scholars have liberalism encoded in The Cat in the Hat.)

Yet Morgan’s loyalty to Ted survived this crucial test

The power lines and riches reconcile the rest.

For Ted, the multimillionaire, would leave his widow Audrey

A fortune that makes politics irrelevant and tawdry.

How did Morgan square all this? The Trickster? Ted’s Holy Land prize?

(To Nixon a judaized Democrat would hardly have been a surprise!)

Then, listing left and lefter, Ted turned his bookish bent

To taking up the cudgels for earth’s environment.

His pen decried pollution and smog and weapons races.

The Lorax and The Butter Battle once might have brought disgraces.

But now the winds had shifted, the right-wing Copley dead.

La Jolla needed liberals like a hole in the head.

By then even Herb Klein was Ted’s good friend, Herb Klein of I’m-Nixon’s-pal fame.

This story’s not religious. It’s how conviction mellows

When politics and power and dough make strange bedfellows.