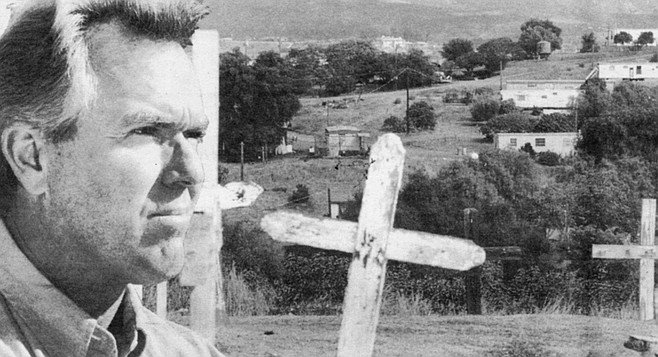 The Federal Bureau of Indian Affairs is asking a lot of questions about the Jamul Indian Village. The government agency has launched an investigation to determine whether or not the tribe has enough Indian ancestry to merit federal recognition. The inquiry could halt the tribe’s plans to build a multimillion dollar gaming facility on its six-acre reservation. 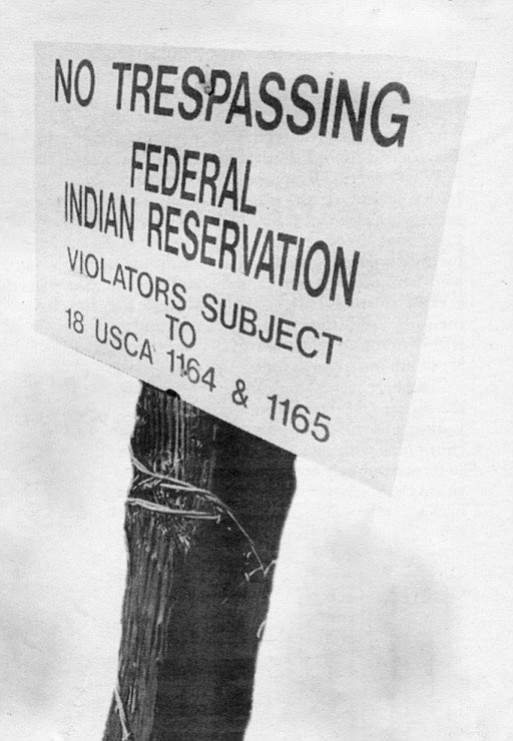 “About three years ago, some of the [Jamul] elders contacted me. They thought that some of the people in the tribe weren’t truly Jamul Indians."

“It appears that the Bureau of Indian Affairs may have prematurely recognized Jamul Indian Village as a half-blood Indian community and mistakenly extended federal services and benefits to its members,” says Carol Bacon, director of Tribal Services for the Bureau’s Washington, D.C., office. However, she says, “The BIA is not yet prepared to conclude that [its] action was wrong”

Residents of Jamul, a town located 12 miles southeast of San Diego, are hoping that the BIA finds the tribe does not meet the requirements. “This would be the easiest way to stop the casino,” says Marcia Sturgeon, a Jamul resident and member of the Jamul Action Committee, a nonprofit organization opposed to the proposed gaming establishment. “If the Jamul Indians don’t have a right to live on the reservation, we wouldn’t have to worry about them building this complex in the middle of our town,” says Randy Terry, another committee member.

According to federal records, the Jamul Indians have lived on the small parcel of land tucked behind Highway 94 since 1912. The tribe currently has between 20 and 40 members and is linked to the Kumeyaay band of Indians. The Jamul Indians became federally recognized in 1981.

Cato Cedillo, a spokesman for congressman Duncan Hunter, says questions about the tribe’s lineage have been circulating since 1991. “About three years ago, some of the [Jamul] elders contacted me with concerns about the tribe,” Cedillo says. “They thought that some of the people in the tribe weren’t truly Jamul Indians. I asked the [BIA] to look into the matter.”

Because of the proposed casino, the issue of Jamul lineage has become more than an internal tribal affair — it’s been pushed to the forefront of a battle between community activists who don’t want a casino in their town and a small tribe that wants its rights as a sovereign nation.

Prior to the announcement, Station Casinos purchased approximately 100 acres of land adjacent to the reservation, according to newspaper reports. Company officials said the property could be used to house displaced tribal members or to run auxiliary operations of the gaming center.

In response to this acquisition, Congressman Hunter wrote a letter to Interior Department Director Bruce Babbit asking him to review the government’s policy on new lands acquired by Indian reservations.

“I am writing to request your attention to a serious problem that is developing in our part of the Southwest as Indian Gaming proliferates on tribal lands,” wrote Hunter. “Two tribes in San Diego County, Sycuan and Jamul, have purchased substantial parcels of private property near their reservations. A review of the purchase indicates that the lands were paid for by U.S. corporations whose chief enterprise is gambling.” Hunter continued, “Both bands will soon be requesting that their private purchases be incorporated into trust, along with their existing reservation holdings.”

Under current laws, spokesman Cedillo explains, if a tribe annexes a piece of property to its reservation, the entire piece of land is entitled to the privileges of a sovereign nation. “This would allow an Indian tribe to build virtually any type of structure, and not abide by community land use plans,” Cedillo reports. “This leaves private citizens of affected communities helpless to enforce existing community plans that formerly controlled the use of private lands. Thus, folks in the neighboring area are left with traffic, safety, and health problems for which they have no redress.” Cedillo says Hunter hasn’t received a response to his request for Babbitt’s inquiry, “[congressman Hunter] does not publicly oppose the Indian gambling operations,” Cedillo adds. “[He] has taken a position to help the Indian communities with solid economic programs in other areas. We just want things to work out fairly for the people who live in the area, too”

San Diego anthropologist Dr. Florence Shipek has spent 40 years studying the Kumeyaay Indians, including the tiny band of Jamuls. She is upset that the tribe’s federal status is being challenged. “There is no doubt in my mind whatsoever that the Jamul people deserve federal recognition. How many people in the U.S. have to verify their genealogical background with each new generation? Just the American Indians. They were here before the whites. They were here before the Mexicans. This land is rightfully theirs.”

Back in 1963, Shipek says, the Jamul band asked her to assist them in establishing their California Indian ancestry. “I took oral histories from some of the tribe’s elders and other Kumeyaay elders, and also examined the limited records that existed. From this, I constructed family trees for only the persons whom I was able to determine belonged to the Jamul band ”

The research was presented to the Bureau of Indian Affairs in 1980, and after a lengthy congressional battle, the Jamul Indian Village received formal recognition in December 1981. “That was before they had established the new rules and regulations regarding Indian heritage,” Shipek explains.

Now, she says, the rules are more complicated. “What they are demanding of these people is there can be no 20-year gap in documentation that the tribe existed or acted as a group. This is a non-schooled society — a society that often found it best to avoid officialdom as much as possible. I doubt if any Indian group could prove their status with the new laws.”

Shipek says the Jamul Indians aren’t the only tribe whose recognition is being questioned. “They are doing this all over the country. I wouldn’t lift a finger for some of the groups that have applied for federal recognition. Others, like the Jamuls, I would.”

Because her eyesight is failing, Shipek won’t be documenting the tribe’s genealogy, but she has begun to train three Jamul women in the research. “It’s got to be one of them; there are enough people who are educated and who can handle the work.”

Frances Muncy, of the BIA in Riverside, contends her agency isn’t trying to harass the tribe but just wants to make sure the Jamul band is deserving of federal recognition. According to an internal memo, “Apparently certain staff or other persons in their zeal to assist Jamul gain Federal recognition may have created family tree charts using fictitious and/or unsubstantiated records.” Muncy believes the Jamuls will be able to straighten out the misunderstanding.

However, if the Jamuls are unable to prove their lineage, the consequences of losing their recognition will be substantial. The federal government could stop giving the Indians housing assistance, health care, and money for education, in addition to taking away their six -acre reservation. “I don’t think they could afford to pay the taxes on the land,” Shipek adds.

This doesn’t bother the Jamul residents who don’t want the casino. “I have not heard one person who has said that gambling would be good for the town,” says Action Committee member Terry. “We are really concerned about the roads and the physical structure. We only have a two-lane highway, and we have a ‘dark skies’ community. A casino that was open 24 hours a day with flashy neon lights would alter the community.”