Eleanor Widmer finds a late-night restaurant where she can sing 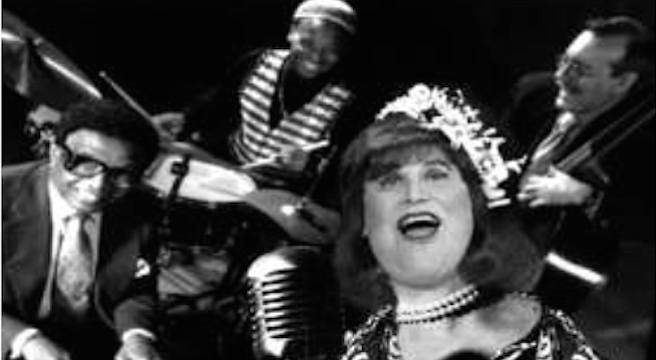 I don’t know whether insomnia is programmed in the DNA, but my grandmother, my father, and I all had sleeping problems. From earliest childhood, say by the age of five, I would wake in the middle of the night — wide-eyed — to find my equally alert grandmother beside me. To pass time I would make up stories, one after another. My grandmother named me “A Thousand and One Nights” after the Arabian tales.

Later, I became a night reader, and during my youth I stayed up with my university friends discussing abstruse philosophical issues — a province of the young. New York, in those days, was a city made for insomniacs. There were always safe cafés where you could meet regardless of the hour.

San Diego, however, presents problems for insomniacs who don’t want to go home. In this city, late night means midnight; 1:00 or 2:00 a.m. is already considered dissolute. Restaurants that tried to stay open all night failed — even Sheldon’s in Pacific Beach, which was open ’round the clock since the 1930s, decided recently to shut down nightly at 11:00 p.m. Gustaf Anders used to keep its lounge open until midnight, and after a cultural event friends and I would go there for fruit, cheese, and desserts. Now we often venture to La Gran Tapa, but it’s always so crowded you can’t just sit there and hang out. Sometimes, though, when I’m in the mood, I seek out a late-night restaurant where I can sing. While I normally hate any kind of music in a restaurant — when I’m dining I like to talk — I do love late-night piano bars, singing along with jazz soloists or any vocalist who will carry me along with a strong voice.

I am not, alas, blessed with much of a voice; it’s thin, has almost no range, and is extremely limited in what it can do. Nonetheless, it gives me enormous pleasure to use it. My parents sang semi-professionally (my mother had a poor memory, and I served as her prompter, providing her with the lyrics she needed); as a result, I know hundreds of show tunes. And in one limited, special sense I am a good singer: I know how to deliver the words of a song with style. I can render a fairly good Marlene Dietrich “I Give You Love,” and I’m not bad as Maurice Chevalier singing “I Was Lucky to Be Born at the Same Time As You.”

Recently I saw Lady Day at Emerson's Bar, a play about the life of Billie Holiday. I was an ardent fan of Lady Day’s when she was alive. Whenever she appeared on 52nd Street, I was there to applaud her. She was aloof, remote, regal. Sometimes you had to strain to hear her. When she sang ‘‘Strange Fruit,” everything in the nightclub went absolutely still. After I saw Loretta Devine’s performance of the great jazz singer, I was dying to sing, so a friend and I went down to Cafe Sevillá on Fourth Avenue, which is funky, friendly, and intimate. A guitar player is on the premises Tuesday and Sunday nights, and you can sit around and eat tapas or just listen to music until at least 1:00 a.m. I sang until closing. Not a soul asked me my name.

One night last fall, two male friends and I were having a Russian meal, in celebration of the Soviet Arts Festival, at Maitre D’ restaurant in La Jolla. A violinist was playing “gypsy” music, including the inevitable “Dark Eyes.” It was late, I was loose, and suddenly, when the violinist began to render old Yiddish classics, I heard a solitary voice raised in song — my own. I did several choruses of “Ofen Pripichuck,” which means “on the hearth” — a tale about teaching children while the fire is flickering. This was followed by an old immigrant song called “Rayte Pomerantzen,” about a greenhorn who has cheeks like rayte pomerantzen (red apples). Along with “Ofen Pripichuck,” it was standard fare in Yiddish vaudeville houses and in the Borscht Belt of the Catskill Mountains. I hadn’t sung either for decades and had thought they were long buried in my memory. To be singing them in what was once lily-white La Jolla added special poignancy to the occasion. No one knew who I was, and I sang and sang. That night, when I finally went to bed, I slept soundly the whole night through.