The death of Womancare's Deborah Fleming 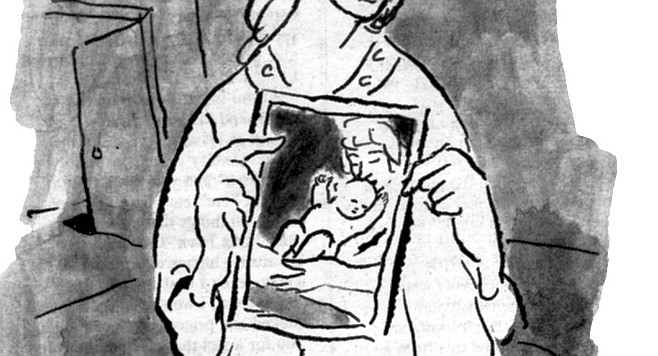 The life and death of Deborah Fleming, the former executive director of the Womancare Clinic, was the most troubling story I’ve ever written. If some feminists and reporters had their way. it never would have been written at all.

Fleming’s battles with antiabortion protestors kept her in the news throughout most of the 1980s. Her victories won widespread admiration for this charismatic, polished, but tough activist.

Fleming felt one of her most bitter protagonists was Reader publisher Jim Holman, who has spent time behind bars for his anti-abortion protest activities. She deeply resented Holman’s decision not to accept advertising from health-care facilities that perform abortions.

After her suicide, some of her friends were at first shocked, then outraged that the Reader considered writing what in effect would be her only obituary in a major publication. They thought Holman’s paper shouldn’t write about abortion in general or Debby Fleming in particular. Ever. Period.

And they told me so when I approached several Womancare employees standing around the clinic’s entry in San Diego’s Gay Pride Parade: a strangely incongruous white stretch limousine draped with large photos of Fleming. “You’re just Holman’s whore,’’ one writer screamed at me. Their hostile reaction made me more determined to get the story — and more curious about Fleming.

Some of Fleming’s friends in San Diego and throughout the country refused to be interviewed and made threatening late-night calls to my home.

But others talked about the events leading up to her tragic final choice: her burnout; her sadness at the death of her son in 1985; her decision to leave Womancare in 1989 and retire from feminist politics; her struggle to start a new career; and the “unrelinquishable pain” that marked the last months of her life.

As I reported the story, going through her writings and even a personal journal, I desperately (and somewhat irrationally) wanted to get a message to her. Stop. Just don’t do it. Please. But, of course, it was two months too late for that. After the story was published, I had a hard time letting go. I thought about her and wanted to talk about her. I felt the story wasn’t over.

Two weeks after the story was published, I received two phone calls that finished it, at least for me. One was from a staunch Catholic with ties to the local prolife movement. Call her Patricia. She met Fleming almost nine years ago when her husband tried to force her to have an abortion. Her husband’s family had money and lots of lawyers. Patricia only had Fleming, who went to court with her and fought for Patricia’s right to have her child and, once born, the child support she was entitled to, which she did receive.

“Some people thought Debby was strictly pro-abortion,” Patricia said. “But Debby really was pro-choice. She thought it should be my decision and fought hard for me to have my child. She was wonderful.”

The image of Deborah Fleming as a fighter — tenacious, grimly committed, tireless — for women’s reproductive rights runs through every conversation and news story about her. The fight might have been a major factor in her suicide as well as the death of her son.

The second call was from a doctor, one of several who treated Fleming’s son Brandon in 1985. Fleming never had much nice to say about doctors. Her own professional training was in education and counseling, but she often criticized the “male-dominated health profession’’ she felt was oppressing women. Perhaps that’s why she decided to have her child at home.

The doctor said it cost Brandon his life. County records show that Brandon died of meconium aspiration syndrome. This condition occurs when the newborn expels its first stools into the birth canal, usually during a difficult labor. Fleming waited at least two or three days before taking Brandon to the hospital, the doctor remembers.

The syndrome is not uncommon, nor is it fatal in the vast majority of cases, according to the doctor and several medical textbooks. But it has to be treated immediately, or, in layman’s terms, the child will smother as fecal matter enters its lungs.

“Yes. I remember the case,’’ the doctor said. “It was a home birth, with, I believe, a midwife. We could have saved the child, had it been born in the hospital or treated right away. It would have been a simple procedure. Sad.”

On some level. Fleming had to know her child didn’t have to die; that the politically incorrect, male-dominated medical system could have saved her child. In the ensuing years, she often talked of Brandon. She proudly showed pictures of him to reporters and friends that visited her home and office. It took visitors a few seconds to realize they were looking at an infant in a tiny coffin. Fleming’s inability to have another child was another factor in her depression, friends said.

On June 10, Fleming’s cremated remains were interred at Mount Hope cemetery, next to Brandon. His tombstone reads “Our Velveteen Rabbit,” a popular children’s story about a sickly, abandoned doll brought back to life through the love of a human.