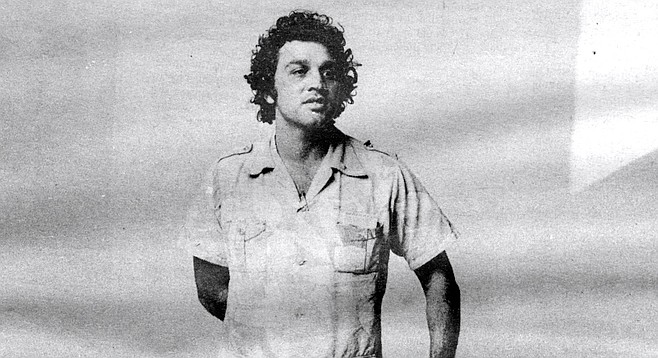 One evening a neighbor and I were sitting around talking. He had been a high-ranking official in a large lifeguard department in Southern California before retiring, and he was telling me a story about the “perfect” lifeguard: “Al would come to work every day on time,” he said. “From the moment he arrived at the beach he never took his eyes off the water until it was time to leave. If you asked him to work overtime, he’d do it — and he’d never complain. When the rest of the guards had a grievance and would call a meeting to plan strategy, Al would stay home. He couldn’t be bothered. He was the perfect lifeguard, he never had an original thought.”

“Your problem Ron,” my neighbor’s wife volunteered, “is that you think too much.”

Shortly after I took the job at the Del Mar lifeguard service that would wind up on the front page of The San Diego Union September 14, I knew I wasn’t going to last. Apparently, my good friend and Captain of the lifeguards, Gardner Stevens, knew it too. “I was warned not to hire you back,” he said, shaking his head.

Against orders from a supervisor, I sped to the scene of a reported rescue outside the city limits and the call turned out to be a false alarm. When I returned to the station, supervisor Grant Larson suspended me for violating his order. Rather than accept his suspension I resigned, saying “I don’t want to work with an agency that is more concerned with boundaries and politics than with human lives.” That quote and an account of the incident found its way into the Union next day under the headline, “Lifeguard Punished For Rescue Try, Quits.” But there is much more to the story than meets the eye or than was ever reported in the paper. The incident called into question some of the most fundamental assumptions that have been made over the years about lifeguarding and the nature of public service.

The day began like any other summer day at Del Mar. It was cold and overcast, and there were no swimmers or surfers visible along the Del Mar coastline. I was settling down at lifeguard headquarters with the morning paper when the emergency phone rang. It was 8:30 a.m. I wasn’t on duty yet and wasn’t scheduled to come on until 10:00. But I was living at headquarters and Del Mar had the only 24-hour lifeguard phone in the entire North County. So I punched the button and picked up the receiver. Ranger Paul Anderson at San Elijo State Beach was reporting an emergency. Anderson said he had just received two separate reports of people calling for help and in danger of drowning off Swami’s Point in Encinitas. He had tried calling both state and county lifeguards (who have jurisdiction in the area) but was unable to reach them, he said. That’s not surprising, I thought, since they aren’t on duty. The only lifeguard vehicle immediately available in the whole North County at that hour of the morning -was sitting right next to me. So I told him I would respond from headquarters.

But a fellow lifeguard who happened to be my supervisor had other ideas. By coincidence, he was over at the fire department, which answers the guard phone after hours and provides dispatching services. He interrupted in an incredibly bored tone of voice: “Just wait a minute — wait, wait, wait, wait, wait a minute, Ron,” he said as if he wanted to forget the whole thing and go back to sleep. “We can’t respond all the way up to Swami’s!”

“Yes we can,” I replied. “I’ve already worked out a procedure with Captain Stevens whereby we can respond.”

Ever since Stevens and I had formed the service together back in 1965, our policy had always been to respond first to rescue calls and ask questions second. It was also our policy to respond “code three” (with red light and siren) to any call of a life-threatening nature — a standard procedure as far as most rescue departments are concerned. If the call was outside the city limits, or after hours as it was in this case, our thinking was that a unit would at least be rolling while an attempt was made to contact the appropriate agency. Since lifeguard vehicles are radio-equipped, there’s no problem canceling their response if the attempt is successful and a closer unit can be sent. But the policy had been changed and even though I lived at headquarters and would be the logical man to respond, I was never notified.

“No, Ron, just hold on,” Larson ordered. “I’ll call Peter Zovanyi (a county lifeguard) at home, and if I can’t get a hold of him or any of the county guards I’ll get back to you.” I couldn’t believe my ears. Surely it was a bad dream and I would soon snap awake. No, it was real. I hung up the receiver and paced around for about 15 seconds, dumbfounded, angry, upset. This was bureaucratic bungling and ineptitude at its worst! I'd never be able to face myself if a life were lost because of it, I thought. So I took off code three down the highway in the rescue jeep. To avoid a confrontation over the air, I didn’t tell the fire department I was enroute. Five minutes later, I arrived at Swami’s Point.

On the bluff in the parking lot overlooking the ocean, a crowd had gathered. I asked them where the trouble was and one man pointed to a figure floundering in the water. I called headquarters and told them I was at the scene and was going in. As I ran towards the stairs leading down the bluff, I was met by Ranger Anderson who told me the man was a skin diver and appeared to be safe. He said he had checked the area out but couldn’t find any evidence of trouble. To make certain that a drowning hadn’t gone unnoticed, we checked again and questioned one of the men who originally placed the call. He stood his ground, insisting that he had heard calls for help.

Finally unable to spot any sign of trouble, I decided to return to headquarters. I had been at the scene five minutes, was five miles out of my territory and headquarters was scheduled to open at 9:00. As I headed down Pacific Coast Highway, I passed the County lifeguard truck heading North. Apparently, Larson's calls had finally gotten through.

When I arrived at headquarters Larson was fuming mad. So was I. “I told you not to go on that call, Ron, why'd you go?” he asked. “I can’t believe your attitude. Grant,” I replied.“The department does have a letter on file authorizing an immediate response in cases like this.” “Yeah, I know about the letter,” he growled. “Lathers (the county lifeguard captain) was really pissed when he got it. He saw it as a big power play.” “Power Play! F------!", I yelled. The politicalization of the lifeguard service had become complete, I thought. Traditions once considered “sacred” were going down the drain. Among them:

— Don't second-guess someone who calls for emergency assistance on the basis of his or her telephone call. Respond with a maximum sense of urgency, as if a cardiac arrest were involved. If the call turns out to be of a relatively minor nature or a false alarm — well, no harm done. It's better that the public notify the guards when someone’s safety is in doubt than not call at all.

— Political considerations and artificial boundaries shouldn't interfere with the business of saving lives. The letter Del Mar had sent out earlier that summer — a letter that I wrote for the department and Stevens gave his approval to — was strictly a gesture to improve emergency aid to the public. It was in no sense a power play. To learn that it had been interpreted as such — and that the letter had been recalled and policy changed without even notifying me, even though I lived at headquarters and was the logical man to respond — was a stunning blow.

Moreover, a few days after I was suspended that day by Larson for violating his order and quit in protest, I stopped by the headquarters to straighten out some things with Lt. Neal. He was more upset that I had gone to the press than in anything else I had done. But he also had a few choice words to say: “You went code three on a possible rescue?” he asked, implying that I had done something horribly wrong. Then he added: “You ought to know better than to take calls like that seriously. What you do is divide them in two, reduce them by half as much again, and take them with a grain of salt." Those may not be Neal's exact words, but they are very close.

I had collided with Neal on several issues before. Once, when I spotted what looked like a rescue about a mile north of my tower at 25th St., off Cherry Cove in Solana Beach (an unguarded area patrolled occasionally by the county), I sent one of our jeeps, which happened to be nearby, down to check it out. Neal immediately called me on the phone and snapped, “That’s the county’s territory! Let them take care of it!"

We did. We called the county and a few minutes later one of their trucks arrived. The bathers, who were clinging to a surf mat, appeared to be caught in a rip current and were struggling towards shore. But no guards were sent out to assist. Later that week I bumped into a county guard on patrol. “Was that a rescue out there the other day, or what?” I asked, adding, “It was hard to tell from where I was sitting and I didn’t see any of your guards go,out.” “Yes, it was (a rescue),” he replied. “But we sweated it out on the beach ... Maybe when someone drowns out there the county will put a lifeguard station in.”

Next Week — A Look in the Lifeguard’s Closet