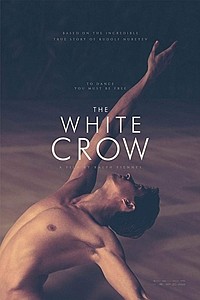 For his third outing as a director, Ralph Fiennes gives the title, star billing, and great majority of screen time to Oleg Ivenko in his turn as famed Russian ballet dancer Rudolf Nureyev, who also famously defected from the Soviet Union in 1963. But he keeps the keys to the film and its meaning for himself, and turns them, quietly but deliberately, in his role as Pushkin, Nureyev’s teacher. At the outset, Pushkin attributes the dancer’s apolitical pursuit of political asylum to “an explosion of character.” So we know what happens. What remains is to determine the accuracy of Pushkin’s account. Or rather, its precise meaning. Does “explosion” mean a rupture, a violent break with what’s come before? Or is it closer to an eruption, the sudden manifestation of what’s been building under the surface all along? (The title, a term for unusual outsiders, serves as part of the answer here.) What follows is not exactly a warts-and-all artist biopic. It’s more an account of the way that the artistic spirit is a wart, a strange affliction that besets certain people even as it fascinates others. The film is painfully clear in its claim that what we love about talented people is not the person, but the talent. Even Nureyev himself is in thrall to his gift. That’s not why he dances, of course. He dances because…well, why does he? Mentor Pushkin argues that “unless you have a story to tell, you have no reason to dance.” And with that, he turns the key on this intelligent (if not always pleasant) examination.