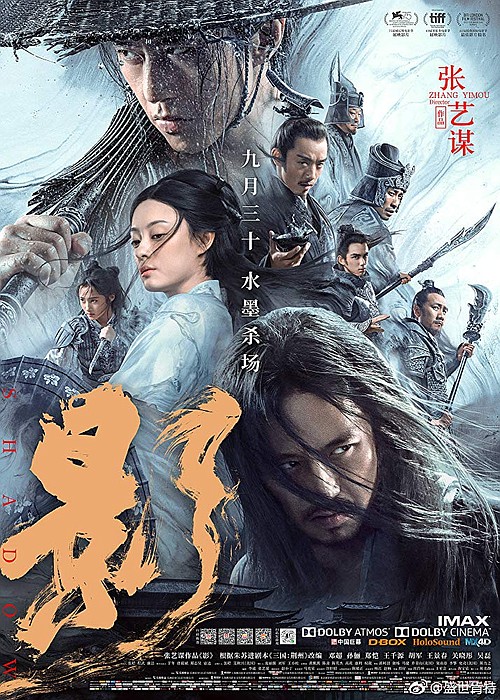 In ancient times, a trio of Chinese kingdoms battle for the right to govern the great walled-city of Jing. Zhang Yimou’s lifetime budget for color was all but depleted with the making of House of Flying Daggers and Curse of the Golden Flower. There was barely enough pigment left in the kitty to afford two shades: flesh and blood. The Kurosawa-like weather forecast calls for monsoonal conditions applied with a heavy-hand. The occasional ray of sunlight to contrast the film’s contrasty-as-in palate would have gone far. The duo-tone duality of production designer Kwong Wing Ma’s fussy, extravagantly detailed recreations of the palace interior and a lifesize yin/yang game board keep engaged the eye, if not the mind, Nor will fans with an eye for imaginative weaponry leave hungry. A formation of soldiers armed with umbrella frames with detachable, razor sharp ribs is bound to thrill and delight. Make it past the first the two-thirds and you’ll be rewarded with a spectacularly Shakespearean action climax. Be warned: it’s a long uphill slog.