Scotty and the Secret History of Hollywood 3.0 stars 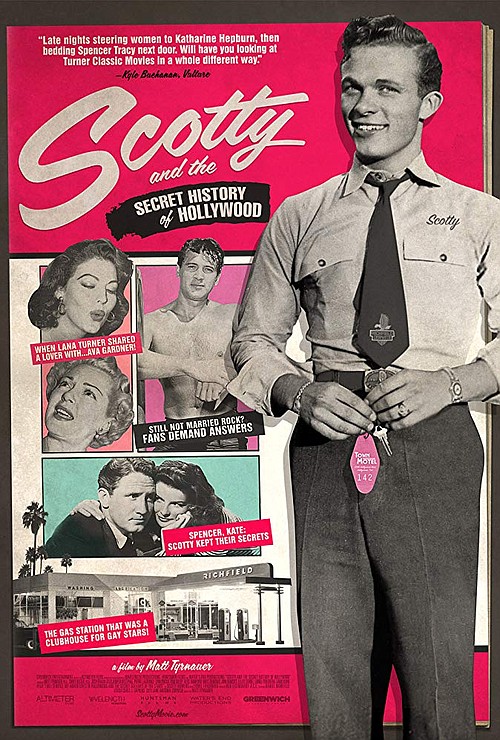 At age 93, Scotty Bowers looks like the last surviving member of the Our Gang comedies, when in truth, this little rascal’s job was provocateur to the stars. Fresh out of the service, Scotty transformed a corner gas station into a Hollywood Blvd. whorehouse, with a trailer tucked behind the pumps that saw more star power pass through its door than the Beverly Hilton. As a historical footnote in the sexual revolution, Scotty played guinea pig to famed sexologist, Dr. Alfred Kinsey. Much of the celebrity gossip up for discussion has at one time or another been hinted at. When the subject turns to child molestation, Scotty’s Secret History reaches far beyond the gossip tabloids and into a space both dark and personal. Writer/director Matt Tyrnauer’s line of reasoning isn’t always on target, particularly the argument that it was Hollywood’s imposition of a moral code that caused celebrities to seek out Scotty’s services.