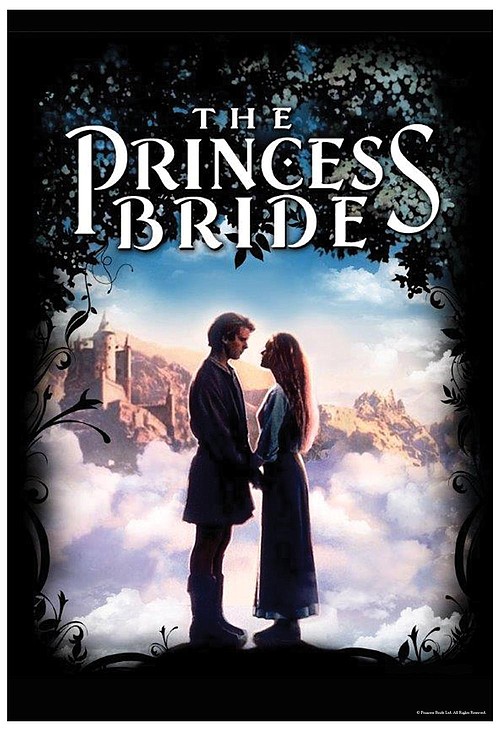 Rob Reiner, who's said to have been wanting to make a movie of the William Goldman novel for many more years than he'd actually been a moviemaker, is not at this point a good enough director to cover up for a not good enough idea: he's still tied too tightly to the TV sitcom sensibility (acquired no doubt in his years as an actor on All in the Family), all the way down to the clunking closeup of whoever happens to be talking at the moment. In fairness he does seem to keep on trying to do something a little different, only he is doing something less different here than he seems to think. The possibilities of the tongue-in-cheek swashbuckling adventure have been pretty thoroughly mapped out in such things as, coming forwards in time, The Great Race, Richard Lester's The Three (and Four) Musketeers, Richard Quine's The Prisoner of Zenda, Flash Gordon, and the Indiana Jones films. And the Errol Flynn-Douglas Fairbanks prototypes never had their tongues far from their cheeks in the first place. But forget all that now, if you possibly can, as you are guided again to The Shrieking Eels and The Cliffs of Insanity and The Fire Swamp, with its St. Bernard-sized rats, and The Pit of Despair and so on (only the names are different), to be regaled not so much by the actual spectacle of any of these sights as by the choking facetiousness of your tour-guide. This attitude of indulgent superiority is evidently supposed to coat the thing with a layer of "adultness." And for a second coat into the bargain, there is a present-day framing device whereby a horribly made-up and costumed grand-dad (Peter Falk) "reads" the story we are seeing to a precocious sitcom kid in his sickbed: a soft-sell pitch for literature (the television of yore) that had been done before, and better, in The Neverending Story. Winks and eye-rolls notwithstanding, however, The Princess Bride remains obstinately a movie for children. There is no harm in that. But there is not a lot else in it either. With Cary Elwes, Robin Wright, Mandy Patinkin, Chris Sarandon.

Why would you expect a book which was ostensibly written for children (the novel came from stories that Goldman had invented to tell his own daughters) to become a movie for adults? So far as Reiner's direction of dialog being simplistic; true, but other aspects of the direction of the film (the sword-fighting scenes in particular) were more than good.

The film was made true to the book. Now THAT might be a sound criticism. In the book, Goldman used a literary device in the narrative pertaining to the novel being an abridgment of another's work (obviously fictional) with all sorts of notes and asides, while the film instead used the Grandfather reading to the boy. In attempting to keep true to the book, a narrative was used, and perhaps the film would've been better without it. And, perhaps not.

Consideration of whether or not a film was made true to a book is not always valid in terms of criticism--it most often isn't. Everyone knows (or should) that the novel or story is a different generic animal altogether, and that treatments often leave the text of origin behind, mining from it only the central figures of narrative that dumb (or cunning) Hollywood studio execs and their pap-gobbling audiences are willing to think about/be entertained with.

"This attitude of indulgent superiority is evidently supposed to coat the thing with a layer of "adultness." And for a second coat into the bargain, there is a present-day framing device whereby a horribly made-up and costumed grand-dad (Peter Falk) "reads" the story we are seeing to a precocious sitcom kid in his sickbed: a soft-sell pitch for literature (the television of yore) that had been done before, and better, in The Neverending Story."

And I'm surprised at Duncan, taking all of this so seriously! It is all tongue-in-cheek, and harmlessly so, and it doesn't care whether or not it is watched by a child or an adult. I could analyze this film for the way it dips into the same store of metaphor as did "Neverending Story," but-- why bother? Is this a valid comparison/contrast, Duncan? Nope, thought not. ;)

On purpose I left the book vs. film comparison open for debate because, hell, what do I know about film? But I did recognize the attempt at duplication; a literary device in exchange for sappy film narrative. No idea how that worked, it's up for debate, fairly enough. All I could guess, and all I can imagine, is that there is a very short list of novels made into movies where the two were done to the delight of all concerned. At least, I don't know of very many. I reckon I'm more apt to excuse the film version of a novel if they at least try. Unless the novel was bad to begin with (Peter Benchley's "Jaws" comes immediately to mind), and then the film has no choice but than to be better.