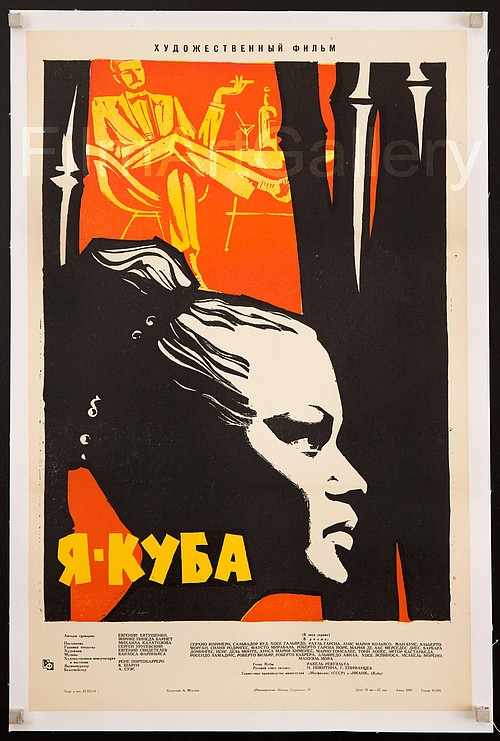 Commie propaganda has never had a champion capable of rising to the cause in a manner as distinctly and visually sumptuous as Mikhail Kalatozov’s (The Cranes are Flying). Politically facile? You bet! Sexually on par with Hef’s Playboy philosophy? Damn straight! But with images such as this, who has time to contemplate brainwashing and politics, sexual or otherwise? (Set before the revolution, the film is narrated by none other than Cuba herself!) Your eyes may well feel like a pea dropped in a fervently twirled roulette wheel, dancing from one lustrously executed, screen-refracting long take to another, stopping only long enough to reposition the camera. (But one man’s eyeball-poetry is another man’s cataract: my predecessor in these parts, Duncan Shepherd, slammed the black-and-white cinematography as “seasickness-inducing,” calling it the film’s “main repulsion.”) The Russian-Cuban co-production was made to celebrate the Cuban revolution. Fortunately, Kalatozov didn’t let Soviet agitprop get in the way of his singular artistic vision. A new 4K restoration will be screened.