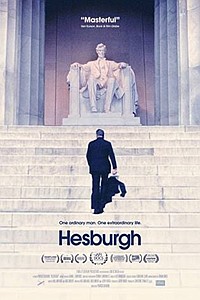 Before today, this sheltered Yiddisher kop cinephile from Chicago’s far north side didn’t know a Hesburgh from a Hesher. Thank you, Father, for every now and then favoring us with an enlightening, meticulously deliberated (and well-tooled) documentary. Return with me now to those thrilling days of yesteryear, when the biggest hero in the land wasn't a caped crusader, but a priest named Father Ted. To you’se fellow ignorami in the crowd, Theodore Hesburgh was best known for his 35-year run as president of the University of Notre Dame. The tireless social activist in Hesburgh prompted Ted Koppel to dub him, “the conscience of the country on civil rights.” He was a man, alright. A cigar-smoking, cocktail-dowing, red meat-chomping man’s man. Women adored him. (Casting George Clooney in a big screen biopic wouldn’t be a stretch.) None other than Ann Landers’ daughter appears to put an end to the rumor that Father Ted abandoned his vows of celibacy to romance America’s then-foremost gossip columnist. Maurice LeMarche gives voice to Father Hesburgh’s words and Patrick Creadon directs.

Why the limited screenings???

Sometimes you need to work for your art.