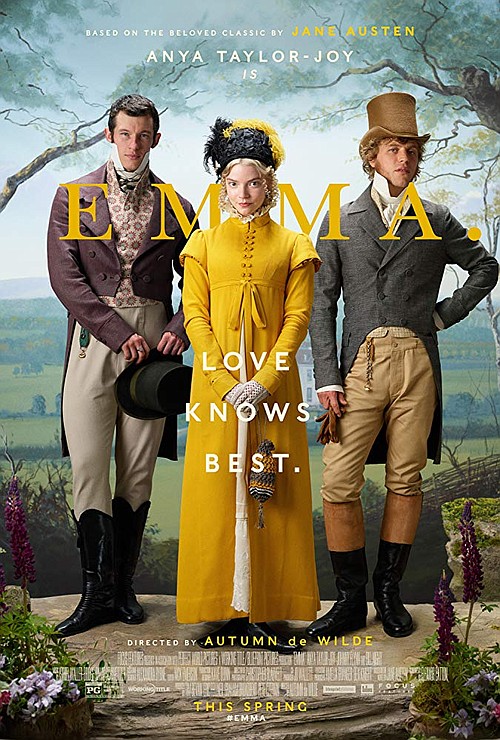 This “Classics Illustrated” adaptation of Jane Austen is worth a look strictly for the performance of Anya Taylor-Joy, the baby moon-eyed wonderment so perfectly suited for the role, you’d swear she was born in 1815. Alas, actors don’t make movies, directors do, and photographer-turned-fledgling-filmmaker Autumn de Wilde never finds a tone of her own to set in this manicured ransacking of Wes Anderson and Sofia Coppola. The comedy comes at you cute and forced: characters move in unison or burble dialogue to get a laugh. The costumes are spectacular, which makes the superabundance of closeups all the more regrettable. Lit flatly as though the interiors have no roofs, yet there are times when the lighting doesn’t match from shot to shot. Bill Nighy’s performance is better suited to screwball comedy, which, come to think of it, would have been a much fresher approach to the material than anything in this half-boiled handling