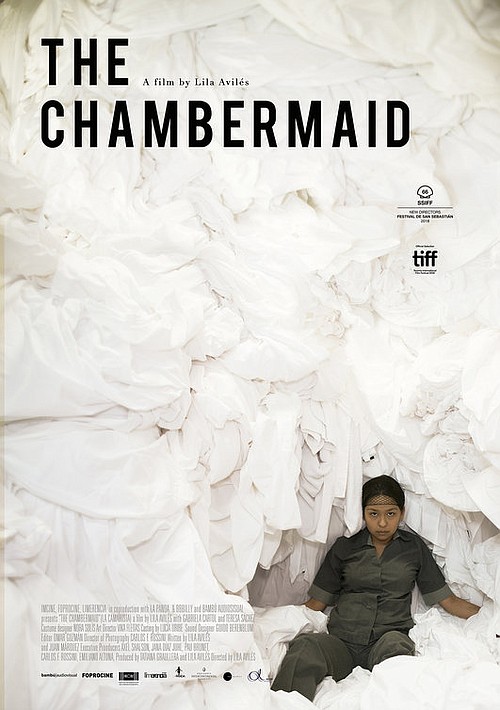 Anyone who has spent time in the cleaning service industry will find much to identify with in Lila Avilés’ feature film debut. Ditto those who answer life’s calling by combing film festivals for something of quality with which to connect. This contemplative película devotes its entire running time to a peculiarly ambitious maid named Eve (Gabriela Cartol). Passive until pushed, Eve has her mind set on earning a promotion to work on the hotel’s stately 42nd floor, with its heavenly views of Mexico City. There’s also a coveted red dress, lost and found on Eve’s watch, that seems to be taking a lot more than the required 30 days to claim before she can call it her own. So much for plot in this overwhelmingly serene character study that, at its heart, covers many of the same issues found in Roma, albeit in a less show-offish fashion.