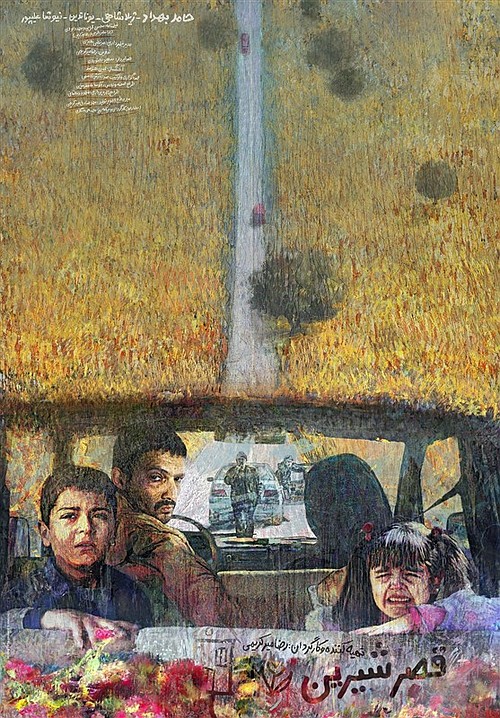 A broken man with a guilty past moves out on his wife and children, over to a different city, and into the arms of another woman, looking to start anew. The world moves on until the day his ex lands in a coma and, through all fault of his own, the son and daughter who he spent years ignoring land in his care. It’s at this tottery point that we join Jalal (Hamed Behdad): regardless of how much he’d like to forsake his supervisory role and the attendant emotional responsibility, life has other plans. In the great tradition of Iranian cinema, a good chunk of the film takes place in a car and on the road. Jalal is a constant catalyst for tension; his sole motivation for the return home is to sell his dying wife’s SUV. A stop is made along the way to pick up his children’s replacement mother, and the foursome head to a relative’s house, ostensibly to unload his charge. But the kids are wise to much of what’s happening, even when the adults speak a second language to keep them in the dark. And so much is discerned from a backward glance or darting of the eyes. This style of minimalist storytelling is what keeps me going to the movies. I’d rather be a fly in the backseat of an Iranian roadster driven by director Reza Mirkarimi (So Close, So Far, Today) than a co-pilot on the Millennium Falcon. Not to be missed!