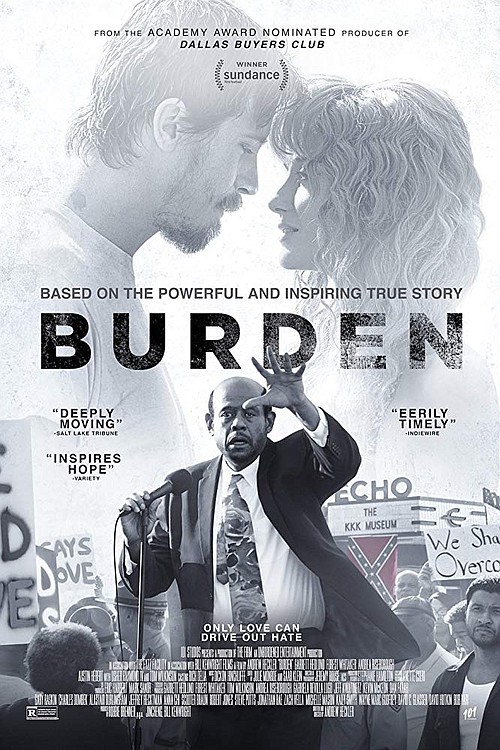 Mike Burden (Garrett Hedlund), proprietor of the Redneck Museum, is Klan and stupid to boot. Were it not for girlfriend Judy (Andrea Riseborough), the film’s backbone, and her faith in the redemptive power that can reach even monsters, this would be just another say-no-to-hate potboiler. A fact-based race drama with religious overtones makes for a lousy situation in Hollywood terms. But there’s no such thing as a bad genre, just rinkydink raconteurs who take great pleasure in exalting the what before the how. Many are quick to complain that the film absolves a white supremecist of his sins. Burden ultimately does the right thing, but the chilling string of evil events that snowed under Burden’s heart ultimately made it impossible to appreciate his extenuatory actions. Announced in 2015, completed in 2016, and previewed at Sundance in 2018, this is the first the film is seeing the projector light of day. Andrew Heckler makes his directorial debut. With Tom and Tess Harper as the adoptive parents and Forest Whitaker oozing moral credibility as Reverend Kennedy.