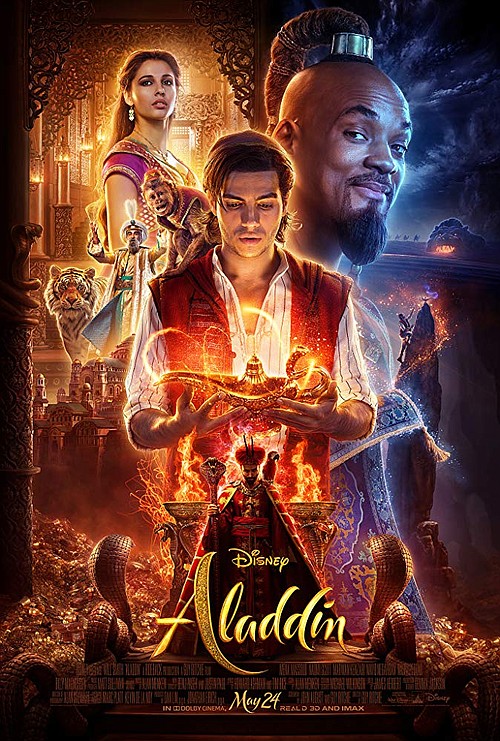 Gosh, maybe CGI really can do everything. I mean, if it can smother Will Smith’s energy and charisma under a lumpen shell of magical blue muscle and turn the mighty morphin’ Genie of the Lamp into a clumsy counselor who just wants to be human — er, free — then perhaps it’s also powerful enough to turn this live-action do-over into something fresh and worthwhile in its own right? No? Pity. There are efforts made, whether through good faith or just market savvy, to update Princess Jasmine (Naomi Scott) into a people’s champion who might prefer ruling to romance. She gets a few impassioned scenes, and a song of her own about not being silenced that sounds a bit like reheated Frozen material, but it’s enough to make you wish the Disney people had gone whole hog and just called it Jasmine. The story of a young woman’s struggle to navigate the perils of palace intrigue, her father’s simultaneously overprotective and bullying love, and a culture that wants her seen and not heard, aided only by her faithful handmaiden and a mysterious thief from the city streets… As it is, we’re stuck with Aladdin (Mena Massoud), a handsome but mopey orphan who just wants to be thought of as more than what he’s been his whole life. (Talk about fairy tales!) At least the baddie’s parrot sidekick gets a nicely nasty makeover. Directed and co-written by Guy Ritchie, who used to have a sharper touch with this sort of class struggle drama.