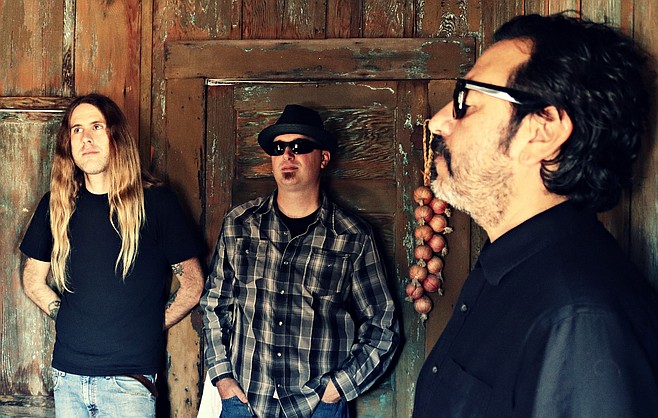 Their debut full-length Dark Matter was released in 2012. "Our best gig," says Garcia, "would have to be opening for local celebrity Javier Escovedo [the Zeroes, True Believers] at Til-Two. Although the show wasn't packed, it was an honor to meet and open for an influence of mine. Our worst show thus far was definitely at Old Cal Coffee in San Marcos. During a song, the owner jumped onstage and proceeded to start yelling and threatening the band for playing too loud. It was an appropriate volume for the outdoor venue, in my opinion. It was pretty awkward. I guess the owner was having a bad day."

A second album, Wishing for Boredom, was released in 2014, after which they embarked on a southwest tour. Whereas their debut was the exclusive brainchild of Garcia, the sophomore release was definitely more of a collaborative effort, with a bit more of a country sound, owing to Garcia's Texas roots. Primarily hashed out at Studio West in Rancho Bernardo, the LP consists of twelve new tracks, including a few penned by Candice Campbell-Earnhart and one by Ryan Shultzaberger.

Band guitarist at the time, Josh Cherichetti, graduated SDSU and moved back to OC in early 2014, so “We've been through about five guys since,” according to frontman Ernie Garcia at the time. They had friends fill in at shows and brought in Ritchie Orduno to finish the last few tracks on Wishing for Boredom. “We've also enlisted Greg Irwin from the Flowerthief, to help out with a few shows.” A concert album was released, Live in Long Beach.

Cherichetti rejoined in time to appear on their EP Circle of Willis, released in 2015 with a lineup also featuring Garcia with Samuel Forlines, Aaron Luke, and Ryan Shultzaberger.

Their 2016 full-length Tomorrow is Today features a lineup of Ernie Garcia, Aaron Luke, Sam Forlines, Josh Cherichetti, and Ryan Schultzaberger. However, they announced a farewell performance that ended up taking place November 9, 2016, at the Merrow in Hillcrest, on a bill that included the March Divide.

February 2019 saw the release of their Try EP, with the band now pared down to a quartet featuring Garcia, Adam Robertson, Greg Irwin, and Jay Lauterwasser, with live shows often augmented by Greg Smith. By summer, they were playing around town with the core trio of Garcia, Irwin, and Lauterwasser.