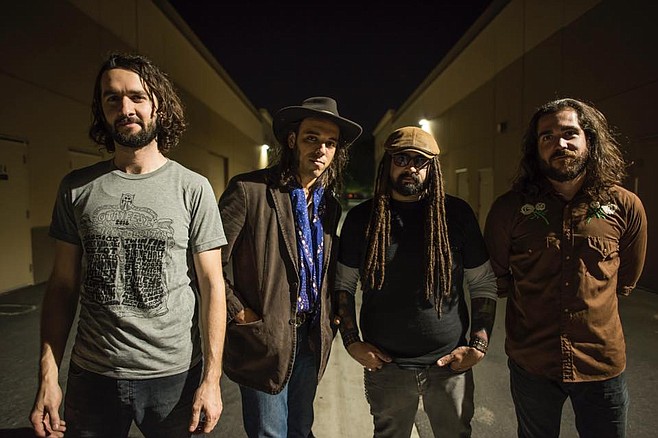 Formed in March 2012, Mrs. Henry began as a newly evolved version of Dick Justice and the Happy Smoke. Influenced by everything that shuffles, swings, or carries a back beat, the group's initial lineup featured singer/guitarist Daniel Cervantes (Whiskey Circle, Howlin Rain, Creature and the Woods), with drummer Dustin Schemensky and bassist Jason Areford (both of Blues and Greens), and Jason's drummer-turned-guitarist brother Kyle Areford. Not The Kinda Girl was released in 2013.

Their album Otay was released in January 2016. Recorded over the course of 2011 through 2015, it was tracked in a garage, various home studios, and a warehouse, featuring guest musicians and band members past and present. Assembled by Cervantes in Otay, the album was mixed by Stephen Kaye at Sunking Studios and mastered by Joe Bozzi at Bernie Grundman.

Later that year, a self-titled two volume set was released, with Volume 1 and Volume 2 appearing several months apart. Bandleader Cervantes was backed by drummer Chad Lee, keyboardist Jody Bagley, and bassist Blake Dean. “We recorded this album one hundred percent analog with engineer Jordan Andreen at Audio Design Recording here in San Diego,” says Cervantes. “Tracked on vintage gear, while rolling and splicing tape, we were able to capture incredible performances and improvisation by playing live in the studio.”

Mrs. Henry Volume 1 comes with a fold-out poster painted by Portland based artist Adam Burke, featuring the lighthouse visited in Newport, OR on the band's 2015 west coast tour. "The second track on the album 'All I Can Do' captures their experience that inspired the nine-plus minute odyssey ending in the actual ocean sounds recorded cliffside in the Pacific North West," says Cervantes.