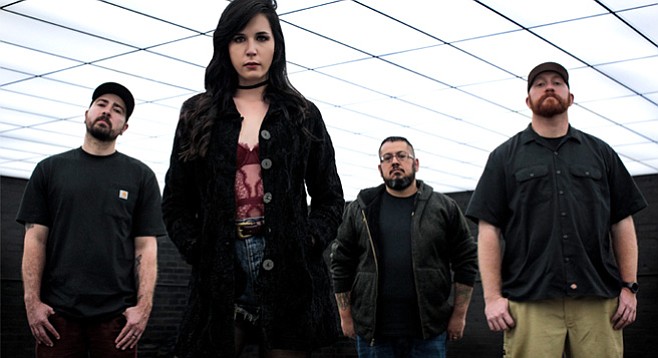 Based in Temecula, Mëttle is a female-fronted '90s-influenced rock group that began as a cover band playing music by Pat Benatar, The Cure, Nirvana, and Tool. Members include guitarist Scott Gossett, his vocalist wife Megan Rice, his bassist cousin Anthony Gossett, and Raul Ochoa on drums. Not long after forming, they won a local rising star competition, scoring a chance to play the Temecula Balloon and Wine Festival.

Like most bands, they earned their bones playing club gigs, though those didn't always go as planned. "The worst gig was one in the very beginning, when we had our original founding bass player," says Scott Gossett. "He played two songs in the completely wrong key, hence one reason he is no longer in the band, and made us sound so bad that people had to tell us it’s okay, at least people can hear your YouTube stuff to know you sound good."

Their debut EP 27 Ghosts, recorded with Grammy-winning engineer and producer Erich Talaba, was released in March 2018, preceded by a single for "Red and Blue."