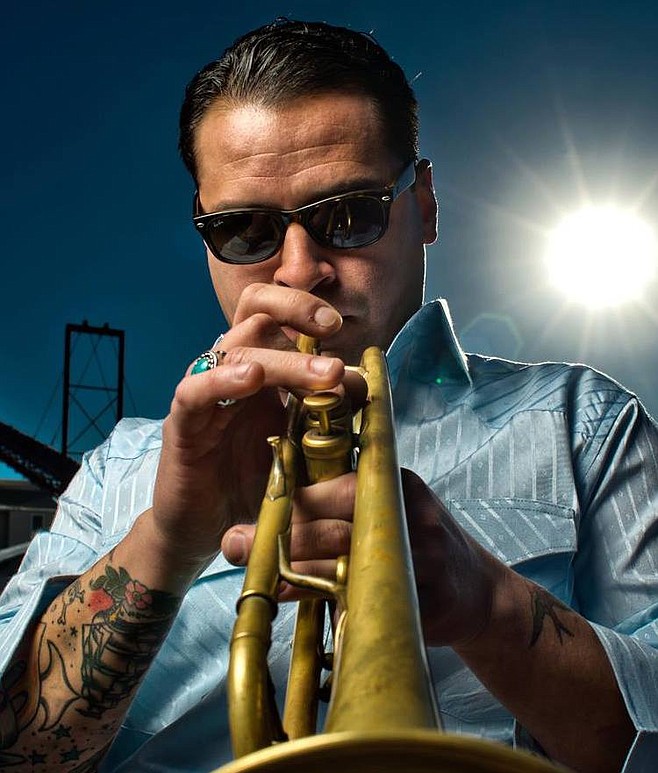 San Diego native Jason Hanna began teaching himself to play the trumpet at the age of twelve. Growing up in a Mexican-American family that valued music, he was exposed to traditional Mexican songs and jazz standards from a young age. On the advice of Mike Bogart, a Navy trumpeter known for his work in the Maynard Ferguson Big Bop Nouveau Band and Tower of Power, Hanna joined the Navy and played in the military band.

After leaving the Navy, Hanna (Westside Inflection, Ellie Lamson, SOL e MAR) began fronting his own band the Bullfighters, as well as playing around town with his own trio and sitting in with various other ensembles and players like Gilbert Castellanos, Mikan Zlatkovich, Archie Thompson, and Bill Caballero.