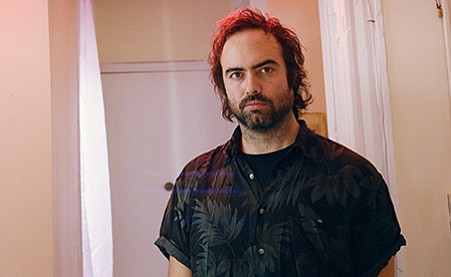 "Cory and I have been collaborating for years," says Rodriguez. "We mostly would work on songs for fun, with no real idea of what it would become."

Their debut album Rookie (Thrill Me Records), released in late 2014, was recorded with both members living on opposite ends of the country, with Stier in San Diego and Rodriguez in NYC. "I start with demoing songs in my apartment, usually just a guitar riff and a melody," says Rodriguez. "I then send it off to Cory, who works on rhythms. We talk about it on the phone, and in person when our schedules allow us to meet up. We both tour in Cults, so sometimes we work in hotel rooms or backstage or in the van."

The album features a somewhat psychedelic sound, with three of the songs interconnected as a sort of sci-fi suite. The group made its concert debut December 27, 2014, at the Soda Bar. A new single was released in August 2016, "Changing Us All."

When CRX, a new heavy metal power pop band featuring the Strokes’ Nick Valensi, sold out their debut show in NYC, Hideout was the opening band, leading to an Autumn 2016 tour together.

Their sophomore album So Many Hoops/So Little Time was released in February 2017, preceded by singles for "Doctor" and "I Got Your Message." A vinyl edition of 500 copies was pressed (200 black, 200 white, 100 gold). At this point, the band was being billed as just NYV-based Gabriel Rodriguez "performing live with a rotating cast of New York musicians," including fellow former San Diegan Jayme Ralph of Writer. A recurring theme of loss throughout the album is attributed to the passing of Rodriguez' brother during the period between Hideout's first and second full-lengths.