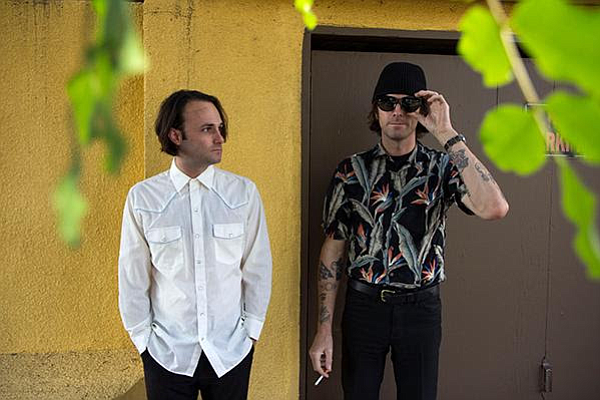 RIYL: Guards, Sacco, Get Back Loretta, Tears For Fears, A Scribe Amidst the Lions, the Turtles, the Brain Police, Idyll Wild

Jazzy surf-punkers the Gloomies features Andy Craig, a one-time local who was based in NYC in 2009 when he began a two year stint with psych-pop band Guards, which toured with Alt-J and Cults and played the Coachella, Lollapalooza, and Primavera festivals. In 2013, he launched Sacco, which followed a more hypnotic groove, though that band played its last gig in November 2014 and Craig returned to California.

Craig told the Reader “Even if you move back, I think everybody should leave San Diego and get out there, especially if you were born here. I think if you never expand your horizons you’ll have a narrow outlook. If you are into art and music and you want to grow and learn, New York pushes you more than San Diego.”

After returning to San Diego, Craig formed the Gloomies with drummer Chris Trombley (who played with Craig in Sacco). The were soon signed to Thrill Me Records, which had a San Diego/NYC axis, with label co-owner Cory Stier (of the band Hideout) based here (partner Gabe Rodriguez was in NYC). Thrill Me has handled other local acts like Mrs. Magician, Lowlands, Jacob Turnbloom, and Hideout.

The debut Gloomies single “LSD” was released by Thrill Me in October 2015, earning them a Buzz Band of the Week nod in NME magazine, as well as nods from Noisey, DIY, and Entertainment Weekly.

As of 2016, the band included Craig, Chris Trombley, and brothers Grant and Blake Martz (Idyll Wild). Their Blackout EP was released in April of that year on Thrill Me Records, preceded by the lead single "Bleached Out."

A new single appeared in April 2018, "Tiger," supported by touring the following month with Cullen Omori. It preceded a full-length that dropped in July, Romance.

Meeting these guys was like hanging out with the Goth kids from Southpark. Conformists!!!