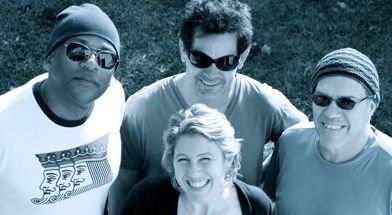 Based in Oceanside, the Deblois Milledge Band is fronted by female singer-songwriter Deblois Milledge. Born and raised in Miami, Milledge was inspired by Bonnie Raitt, the Indigo Girls, and Emmylou Harris, with songs steeped in the folk and blues traditions of the American South. After living for five years in Costa Rica, she moved to Southern California.

The rhythm section for her band has played with Sergio Mendez, Little Milton, Eric Clapton, Randy Newman, Art Neville, Leo Nocentelli, Daniel Lanios, Keb Mo, and others. After joining forces with drummer-producer Danny Campbell and bassist-coproducer James East to record the album Night Painting, DeBlois fell ill and ended up in the hospital for two weeks, with nine of those days in the ICU, unconscious, on a respirator, with double pneumonia brought on by the H1N1 virus (swine flu).

While convalescing at her house in Oceanside, Milledge and the band wrote and recorded the 2010 album Gems.