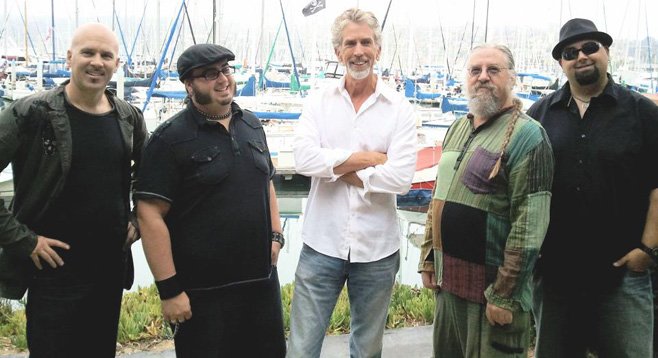 Based in Encinitas, Cathouse Thursday’s principle songwriter is singer/keyboardist Will Faeber, performing alongside guitarist John DePatie (Nancy Sinatra band), bassist/producer Aaron Bagley and his singer/keyboardist brother Jody Bagley (both once with the Boy Singers Of Maine), and drummer Ray Conseur (Navy Band). Songs by Faeber have been hits in Europe, used in feature film soundtracks, and covered by other artists in Nashville and elsewhere.

Their full-length Cathouse Thursday: Til Death Do Us Party (Topless Records) was released in 2010, with two singles charting overseas: “Nashville Baby” and “Make A Little Heaven.” They received an award at the Hard Rock Cafe in Hollywood for best band at Rockfest in L.A. 2011.

Another full-length, Walking My Elephant, was released in May 2012. The following month, they headlined opening day of that year’s San Diego County Fair in Del Mar.