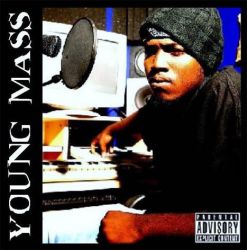 It’s hard to find a rap album that doesn’t fall into the predictable traps of the genre. Popular radio hip-hop albums drip with boasts of diamonds and champagne or the dope-smoking gangster ideals of outpacing police; Young Mass melds many recent innovations from the rap game, including tightly packed keyboarding and programming, but leaves the fur coat and yacht clichés alone.

In what could be characterized as traditional lyrics, Young Mass remembers that rap began as poems about mean streets, and he favors lines about shooting dice, cheap booze, and maybe cheaper women without being overly misogynistic. This could be a great boxing-gym album — plenty of lyrics of struggle and hustles.

Driving home the idea that this is a West Coast album are the lines of decidedly 1970s funk-ish guitar and piano, intentional or unintentional hat-tips to Tupac, and featured guest vocalists such as Oakland Bay industry heavyweights Yukmouth and Shock G. Shock G you’d probably know better as “Humpty Hump,” and it’s comforting to hear his smooth voice in all its glory and whimsy.

Young Mass' self-titled debut album has been nominated for a 2008 "San Diego Music Award" in the "Best Hip Hop Album" catagory! Check it out at: http://cdbaby.com/cd/youngmass or www.youngmass.com.